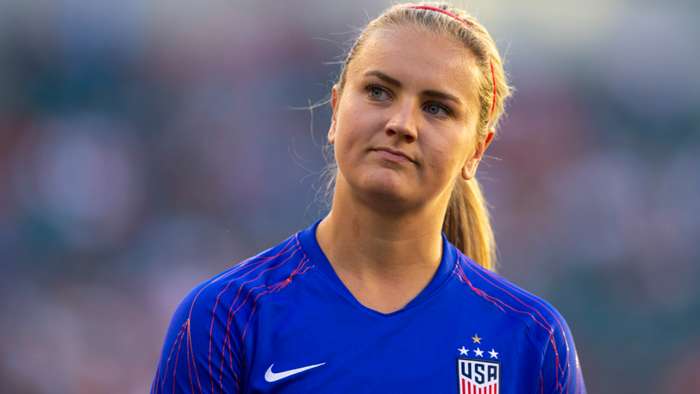 U.S. womens national team midfielder Lindsey Horan has opened up on the body shaming she experienced during her spell at Paris Saint-Germain.

Horan signed with the French outfit straight from high school in 2012 and spent four years with the club, before signing with her current side, the Portland Thorns of the NWSL.

Though she had plenty of on-field success with PSG, Horan has detailed a toxic work environment where she was ridiculedfor her weight and embarrassed in front of her team-mates.

"In France, that was the number one time that I felt like I wanted to quit soccer. Iwas not enjoying myself and there was just so much wrong being done, that I lost the love for the game," Horan said on the Butterfly Road podcast, which is hosted by North Carolina Courage defenderCari Roccaro.

Much of the abuse Horan described was perpetrated by PSG coachFarid Benstiti, who is now head coach of the Thorns NWSL rivals OL Reign.

"One of my team-mates, after an away game she had chocolate and the coach heard it in the front [of the team bus] and came back and basically took the chocolate from her, and said, You cant have this around Lindsey, because I was sitting a seat ahead of her.

"There was a photoshoot that we did and the guy asked what I needed for a certain jacket, and our coach was in there, and I tried on the medium, and it didnt fit and I was like, Can I actually do a large?

"And he was like, At some point you need to be in a medium, you shouldnt be in a large in this jacket.And like kind of smiled and laughed."

It wasnt justBenstiti who perpetrated the body-shaming.

"There was a time my assistant coach came by my table and put this thing of pie in my face and said, Oh, I bet you want this in French," Horan continued.

"And I was just like, Are you kidding me?You guys are something else.It was just so unheard of."

Horan said she did lose weight and got to a point where she was one of the fittest members of the team. But that was not enough to satisfy the coaching staff.

"My weight was significantly down, and we did our preseason fitness test, and I absolutely killed it," Horan said."I killed everyone, there was maybe one person that was close to me but I was so proud of myself, Im like, ‘I got to this point, Im the fittest player on this team.’

"[Benstiti]then announced to the team: Lindsey, your weight isnot good enough, your body fat is still too high, Youre not going to play in a game untilthats done.

"[He] said that to the team. I started shaking I was so mad."

Horan said because of the shaming she lost even more weight, getting to a levelshe felt was not healthy for her. Only then did she saythe coaching staff was satisfied – but not for on-field reasons.

"I was very unhealthy, and the funniest thing was the coaching staff absolutely loved it," Horan said. "They were like, Oh my gosh, look what we did to her, shes so much better for it. Shes so beautiful now.

"That was the word they used. It wasnt like I was fit, I was healthy, I was strong, and I was playing well and they could see it on the field. It was like, Wow youre so beautiful now."

Horan said she had the chance to briefly speak withBenstiti last year ahead of a NWSL Challenge Cup match.

"He came up to me and he goes, Lindsey I forgive you for all the comments you made about me on social media," Horan recalled.

"AndI said to him, I didnt apologize and what I said was my honest thoughts, and what you did to me really affected me.

"And he didnt understand.His English is still all over the place. And he goes, We can talk about this later, because it was right before the game. I was like OK.

"We never had a conversation about it, still to this day."