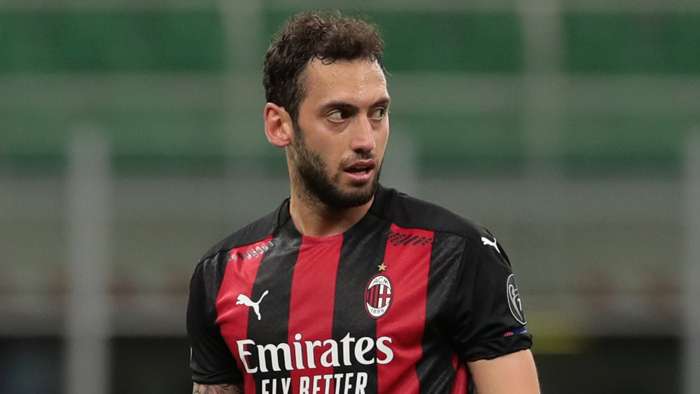 Hakan Calhanoglu has said his desire is to join Galatasaray at some stage in his career.

The Turkish midfielder is in the final months of his contract at AC Milan, and there has been speculation about his future.

It has been suggested in Italy that the 27-year-old will sign a new deal with Milan, but a move to Turkey is on the cards in the future.

Calhanoglu arrived in Turkey on Monday to link up with the national team for World Cup qualifiers, and he was asked about links to Gala.

With no new deal having been agreed, the midfielder’s future continues to be a topic of debate.

Ole Gunnar Solskjaer’s Manchester United have been credited with an interest. The player can negotiate with other clubs, and Calciomercato has claimed the Red Devils have approached Calhanoglu.

United would have no trouble matching the player’s salary demands, while Milans fellow Serie A side Napoli have been linked with a summer offer.

Talks over a new deal are set to continue with Milan, who remain confident that they will be able to find an accord with a player who boosted his negotiating position with the winning goal against Fiorentina on Sunday.