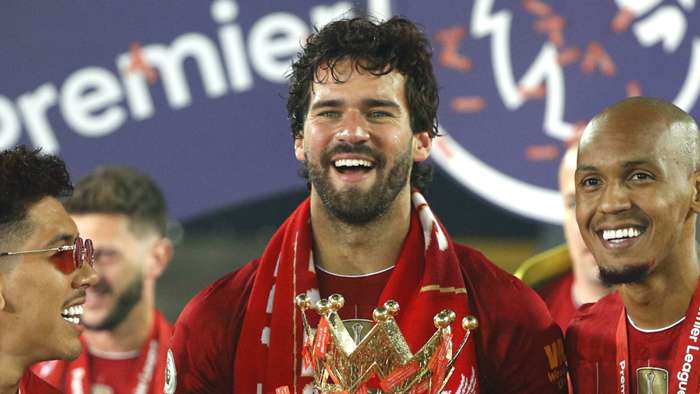 Alisson has lifted the lid on the techniques he uses to control the Liverpool defence.

He played a key role as the Reds won their maiden title of the Premier League era last season, conceding only 23 times overall and keeping 15 clean sheets from 29 outings for Jurgen Klopp’s side.

He retains the faith of the manager this term, but does not have a traditional manner when it comes to communicating with his defence, as he showed as the Anfield club conceded three times in a 4-3 victory over Leeds on the opening day of the season.

"We speak to each other about what makes us all more comfortable with our movements but I don't believe that when you concede or make a mistake that you should be pointing the finger at someone. I believe in a different way. You speak in a better way and find a solution.”

He said that the shaky start was not alarming but instead simply cause for reflection.

“We don't need to say that that game against Leeds was a wake-up call,” he added. “On match day, if things don't happen how we want them to happen, we have to analyse that.

"We are always looking for what we can improve and that game brought us a lot of those things and we brought that to the next game against Chelsea and we were successful and we kept a clean sheet.”