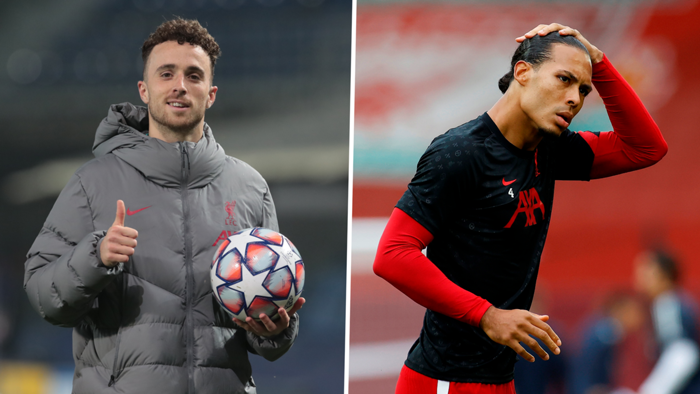 Diego Jota and Virgil Van Dijk have given Liverpool a rare bit of positive fitness news this week by progressing from their respective injuries in training.

It appears Jota will be in outside chance at contention for this weekend's trip to Sheffield United - a much-needed boost following the announcement captain Jordan Henderson's groin problem "doesn't look good".Van Dijk remains far from a match return, but his appearance near the training ground nonetheless offers a reminder of the world class talent the ailing squad will eventually get back.

Jota last played on December 6 against FC Midtjylland in the Champions League. Therecovery process from his knee injury suffered in that match has been arduous but seems nearly complete.

Van Dijk is expected to miss the remainder of the campaign with thetorn ACL he endured in October, though Jurgen Klopp has said he's pleased with the speed of the centre-back's rehab.

Jota, signed last summer, had been brilliant before his injury, scoring nine goals across all competitions. His creativity has been missed as the Reds have seemingly run out of ideas in the final third lately, and his return would be a welcome lift for Klopp's attack.

Van Dijk's injury, meanwhile, represented the turning point in the season. It took time for cracks to fully emerge, but the domino effect Van Dijk's absence has had in forcing natural midfielders to drop into defence has been a factor in a previously harmonious squad to losingits balance.