How many Black managers have coached Premier League clubs? 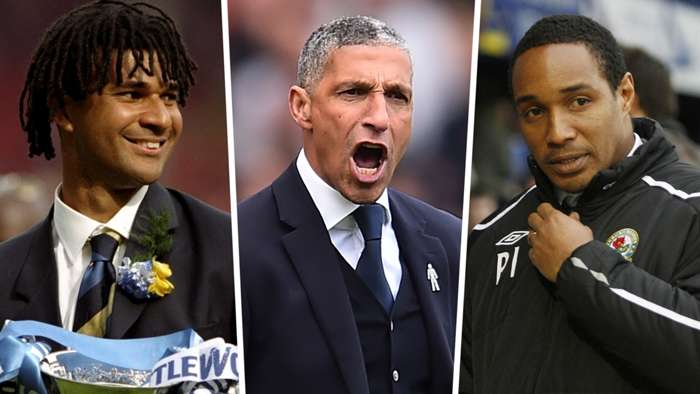 Tony Collins became the first black manager in English football historywhen he took the reins of Rochdale in 1960 and he made more history when he led them to the 1962 League Cup final - to this day their only major final appearance.

The number of black managers that have coached Premier League clubs is low - not even breaching double figures. So what is the actual numberand who are they?

There have been a total of just nine black managers in the history of the Premier League.

Dutch football legend Ruud Gullit was the first black manager in the Premier League, having taken over as player-manager of Chelsea in 1996. Gullit repeated Tony Collins' feat at Rochdale by guiding Chelseato a major cup final - the FA Cup final - in 1997, but he went one better by winning.

Gullit, who enjoyed a supremely successful playing career with the likes of AC Milan, PSV and the Netherlands, also served as manager of Newcastle United during the 1998-99 season.

Chris Hughton is one of the most respected managers in English football and, like Gullit, he has managed more than one Premier League club, having occupiedthe hotseat at Newcastle, Norwich City and, most recently, Brighton.

A former Republic of Ireland international, Hughton also spent twobrief periods as caretaker managerof Tottenham in the late 1990s, having served as a long-term first-team coach at White Hart Lane.

Paul Ince is widely credited as being the first black British manager in Premier League history, having managed Blackburn Rovers for a period in 2008.

His stint in charge of Rovers was shortlived, lasting just 21 games. Ince, who was also the first black footballer to captain England, has subsequently managed MK Dons, Notts County and Blackpool.

France Euro 84 hero Jean Tigana managed Fulham in the Premier League for a period, having masterminded their promotion from Division One (now Championship).

Tigana, who had previously won the French league with Monaco, also secured a UEFA Intertoto Cup with The Cottagers.

Portuguese coach Nuno Espirito Santo is another black manager who has coached in the Premier League, having guided Wolves into the division by winning the Championship in 2018.

A former Valencia and Porto boss, he led Wolves into the 2019-20 Europa League, where they reached the quarter-finals.

Darren Moore managed West Brom in the Premier League and is the first ever Jamaican to manage in the division, while Chris Ramsey served as Queens Park Rangers boss in 2015.