How close is Liverpool's Anfield to Everton's Goodison Park? 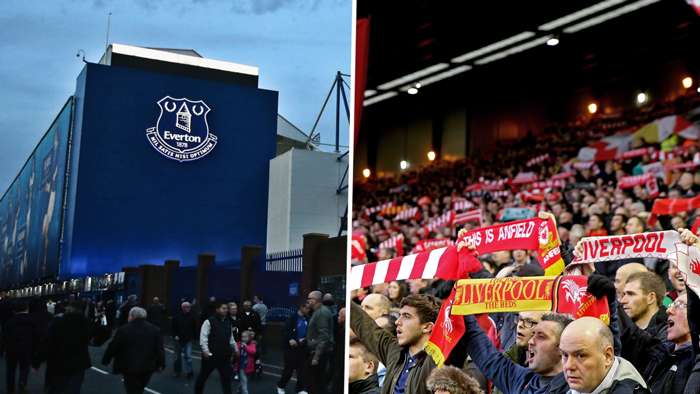 The Merseyside Derby is one of the Premier League’s biggest matches, with Liverpool and Everton being two of England’s most historic clubs.

Goodison Park is less than one mile from Anfield, the twostadiums separated by only a short walk across Stanley Park.

Everton are planning to move away from their home of more than 120 years soon.Anew riverside stadium is in the works at Bramley-Moore Dock, north of the city’s waterfront.

The new stadium will be around two miles from Goodison Park and Anfield, and is expected to hold just shy of 53,000 fans. That is a significant increase on the capacity of their current home, which seats around 39,500.

Everton were formed in 1878 as St Domingo FC, taking their name from a local chapel. They became Everton the following year and were founder members of the Football League in 1888, winning their first title in 1891 while playing at Anfield.

A year after winning the First Division title, Everton's directors had a disagreement with president John Houlding, who owned Anfield at the time. The club relocated to Goodison Park so Houlding founded Liverpool to play at his then-empty stadium.

Liverpool initially played in the Lancashire League, joining the Football League in 1893-94.

Liverpool have played at Anfield ever since and, while Everton have been planning their new ground, the Reds have been redeveloping their famous home.

Between 2014 and 2017, Anfield's main stand was expanded, adding 8,500 new seats and a towering third tier. New changing rooms, media and corporate facilities were included in this development, with more work expected to follow.

Liverpool had hoped to start work on a £60 million ($75m) redevelopment of the Anfield Road End in 2020, taking the stadium's capacity to 61,000. However, the work was delayed by at least 12 months due to the effects of the coronavirus crisis on the construction industry.