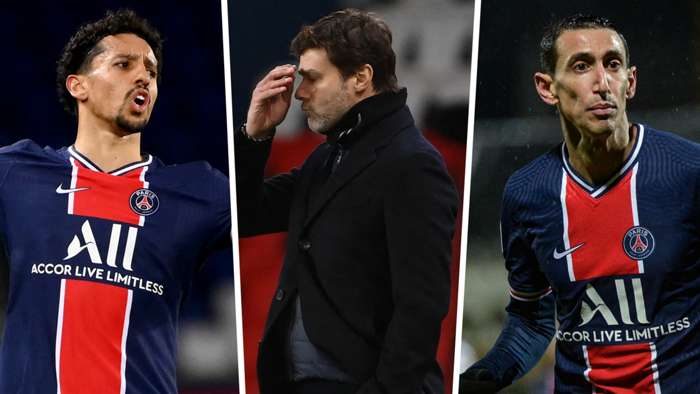 Between Covid-19, injuries and internal strife that saw head coach Thomas Tuchel fired around Christmas, Paris Saint-Germain have not had to look far for issues that could derail their season in 2020-21.

On Sunday, though, an external problem came to plague the defending Ligue 1 champions.

Playing at home to second-bottom Nantes, who had lost on their previous 14 visits to Parc des Princesby a combined total of 31-4, Mauricio Pochettinos sideappeared to be cruising towards three points that would carry them to the top of the table for the first time in two months.

Their performance had been unremarkable, but Julian Draxler’s goaljust before the break was expected to be the catalyst to claiming all three points.

When PSG emerged for the second half, they gave a curiously distracted performance. Television pictures cut to sporting director Leonardo making an urgent phone call while head coach Pochettino was seen chatting anxiously to his staff after withdrawing Angel Di Maria, who went straight to the dressingroom and did not re-emerge.

On the field, the team played in a similarly nervous fashion.

Kylian Mbappe played a loose pass back that resulted in Randal Kolo Muani’s well-taken equaliser, before the France Under-21 international completed the stunning turnaround by setting up Moses Simon to score the visitors winner.

Only after the game did the drama unfolding some miles away become apparent.

The houses of Di Maria and the father of captain Marquinhos had been targeted by thieves in the midst of the match. The families of both players, meanwhile, were present at the properties when the robberies took place.

“There is a situation outside of sport that you’re now aware of,” Pochettino told the press after the game. “For the players, it goes beyond football. It’s not an excuse, but it’s true there was a drop in energy. After the match, we were all talking about other things.”

Of course, PSG are not the only club to be affected by such a problem. Manchester United and Liverpool in the Premier League have notoriously had their players’ properties targeted mid-match, while in Ligue 1 it has also been an issuethat Lyon, Marseille and evenlowly Dijon have had to face.

Yet never has there been an incident such as that on Sunday, which so clearly and immediately shook the whole team.

For Di Maria, it was a particularly traumatic incidenthaving suffered a similarly harrowing episode while with United, which in turn led to Wayne Rooney telling the shaken player to hire a former Gurkha as security.

“From that point on, it wasn’t reasonable to stay there,” he told Le Parisien in 2015. “My family was not well, my daughter was in pain. So the most important thing was to leave.”

Having signed a new one-year deal with PSG literally 24 hours earlier, the timing of the incident could scantly have been worse for the attacker, who is said to be security-obsessed.

Indeed, he is one of only three PSG players, along withMbappe and Neymar, to employ a security guard around his home – but not even that worked on this occasion.

It is a silver lining, then, that contrary to initial reports his family neither heard nor saw the burglars, who are said to have opened a safe that had an estimated €500,000 of valuables in it.

Meanwhile, Marquinhos’ family, including his father and two daughters, aged 13 and 16, are reported to have had a closer experience with their interlopers.

Le Parisien states that the players father was roughed up and locked up while the thieves made off with luxury possessions and an estimated €1500 of cash. Indeed, it is believed they targeted the wrong house, breaking into Marquinhos’ father’s home instead of that of the player.

While the assault and detainment of Marquinhos’ family is unprecedented, the heist at Di Maria’s apparently continues a worrying trend in the Neuilly-sur-Seine areawhere he lives. Indeed, since the start of 2021goalkeeper Sergio Rico and striker Mauro Icardi, who also stay in the neighbourhood, have also been the victims of break-ins.

Furthermore, these incidents have coincided with court proceedings being given the go ahead against gangs accused of breaking into the homes of former PSG players Thiago Silva and Eric-Maxim Choupo-Moting at the end of 2018.

Marseille and Lyon were forced to react by stepping up security around their players’ homes after a spate of break-ins towards the end of the previous decade. OM, for example, vet and secure housesthat their stars stay in, while they also take charge of security on match nights. Lyon have followed a similar route.

PSG, meanwhile, have promised to step up their efforts as a club, though there are doubts that this will be undertaken on a long-term basis.

Speaking to L’Equipe, an unnamed internal source explained: “Like everyone else, it’s up to the players to secure their accommodation. The club can help and advise, but it does not intend to pay for their security in a private context.”

PSG, however, may find such spending to be a wise investment should such incidents continue to have such a profound on-field impact as they clearly did on Sunday.