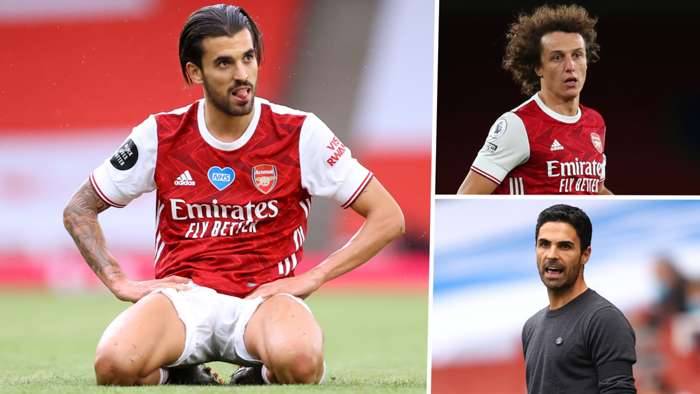 Dani Ceballos told Mikel Arteta before the FA Cup final that he wanted to stay to Arsenal for another season.

So, an agreement was quickly reached with Real Madrid, who were happy to extend the 24-year-old's loan at the Emirates.

“I had a great time at this club last season and there was never any doubt in my mind that I wanted to come back,” Ceballos enthused at the time.

“It’s true that I had other options, such as staying at Real Madrid and going back to the Spanish league, where there were teams interested in me.

“But I’d been really happy with what Mikel had built at the club since he came in. He is the right person to get this club back to where it deserves to be, which I believe is in the Champions League, competing against the best teams in Europe.”

The move gave Ceballos the opportunity to build on last season's fine form and try earn himself a spot in the Spain squad for next summer’s European Championship.

It also allowed Arteta to retain the services of a player suited to his style and already fully adapted to the demands of the Premier League; one who had been integral to Arsenal's improvement toward the tail end of the 2019-20 campaign.

“I love Dani’s passion and commitment and he’s a highly skilful player,” Arteta said. “We’re all delighted to welcome him back. We look forward to seeing him pick up where he left off.”

But things have not quite gone as planned so far.

The fact that Ceballos has more fights with team-mates to his name this season than assists tells its own story. But he has also started just four of Arsenal’s eight games in the Premier League this season and hasn't scored for Arteta’s side since June.

Ceballos’ only assist came in the 1-0 success against West Ham in September, when he set up Eddie Nketiah for the late winner.

Ironically, that came just a week after the pair had been spotted squaring up to each other by the BT Sport cameras during the pre-match warm-up at Fulham on the opening day of the season.

Ceballos had been angered by a late challenge from Nketiah in one of the passing drills and twice shoved him away before the pair had to be separated by Sead Kolasinac.

The incident was soon smoothed over, with Arteta putting it down to the fact that both players were frustrated at being omitted from the starting XI at Craven Cottage.

However, the Arsenal boss has now found himself once again having to face questions on Ceballos fighting with a team-mate, this time David Luiz.

The pair clashed during a training session at London Colney, with reports suggesting Luiz punched Ceballos in the face after being angered by a late challenge from the midfielder.

Arteta played down the incident and insists there is now "no problem" between the players ahead of Arsenal’s trip to Leeds United on Sunday.

But the fact Ceballos has again been involved in a bust-up raises questions about the midfielder’s mindset following a difficult start to the season.

“Whether it's a coincidence or not, it doesn't change things much,” Arteta argued. “It's just the competitive levels that we demand and the standards we want to set.

"Obviously, it's a very fine line between it being a competitive issue and when it goes somewhere else that we obviously don't support and don't want.

“But it's a contact sport and incidents are going to happen. It's about how you resolve them within the team and how you move from there.”

Ceballos now finds himself in a similar sort of position to the one he was in when Arteta first arrived at Arsenal just under a year ago.

Having returned from injury, he struggled to get back in the side and on occasion was left out of some match day squads altogether, with Arteta publicly demanding more from the midfielder.

A return to Spain in the January window was a very real possibility, but Ceballos stayed and went on to force his way into Arteta’s plans, becoming one of the first names on the team sheet as the season progressed.

Now, he must follow a similar path, and he should have the idealopportunity to remind everyone of his qualities at Elland Road.

With Thomas Partey injured and Mohamed Elneny self-isolating having tested positive for coronavirus, Ceballos and Granit Xhaka– another player who has found himself amongst the substitutes in recent weeks– look set to start in the heart of midfield.

The pair worked wonderfully well in tandem last season and will need to do so again on Sunday, as Arsenal attempt to bounce back from their dismal 3-0 loss to Aston Villa before the international break.

The arrival of Partey and the form of Elneny have left both on the outside looking in and, in Ceballos’ case, the frustration clearly seems to be beginning to show.

It’s not the first time that his journey at Arsenal hasreacheda crossroads. On the first occasion, he went in the right direction and proved his worth.