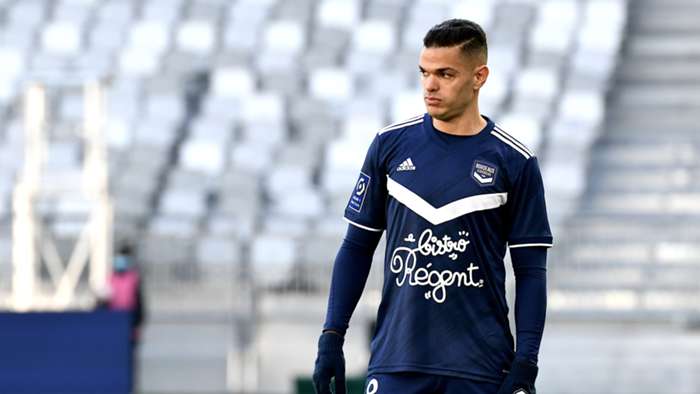 Ben Arfa, though, will finish his career with critics wondering what might have been.

“Hatem, he’s Lionel Messi in his legs but who knows what in his head,” former team-mate Habib Bellaid lamented to France Football.

“If he had progressed in a linear way or had a structure around him like Karim Benzema, he would have been at Messi’s level.”

His spells at the biggest clubs have all finished acrimoniously, and, in truth, only single-season stints with Nice and Rennes have seen him part ways with his clubs on favourable terms.

Nowhere, however, did Ben Arfa cause asmuch frustration as at Paris Saint-Germain. He kicked his heels outside of the first team for a year, training but never playing, having threatened legal action against the club, who wanted to relegate him to the reserve team for the second half of his two-year deal.

“He would be the Neymar of the amateur leagues,” his lawyer railed at the time.

On Wednesday, he wasexpected to lead Bordeaux against the Parisians, yet Ben Arfa’s penchant for controversy may prevent – or at least limit – this unfriendly reunion.

Ben Arfa finds himself once again at the heart of a tumult.

“The atmosphere is average, very average,” he said. “We have to be honest. This is a squad with an enormous number of players who are coming to the end of their contract, players who want to leave.

“We have to remain with the people who want to fight, to share, to improve. This is the end of a cycle. When you have as many players like that, who don’t give you the desire to want to work, it is difficult to have results. That is also why sometimes I can be mean with my words.

“They are good guys, but if you don’t give yourself the means to improve and to have objectives, you will have nothing. And from one moment onwards, we will forget you.

"On that, I struggle with some of them because for me, success comes with work. I was brought up with values and we certainly weren’t brought up in the same way. On that, I am struggling a bit.”

Ben Arfa’s name was not mentioned, but it did not take a personwith an intricate knowledge of the workings of the Bordeaux dressing room to know who the barb was aimed at.

After arriving at the club as a free agent on October 7, Ben Arfa immediately became a central part of the team, a side otherwise lacking imagination and the type of offensive spark so readily brought by the attacker.

Head coach Jean-Louis Gasset had labelledhim as a “football genius” when he arrived, and for 10 weeks, he lived up to that billing.

But post-Christmas, Ben Arfa's form has deterioratedalarmingly. Prior to the break, Ben Arfa had two goals and four assists in his seven previous games. Since then, he has played seven times, with no goal contributions and only two yellow cards to show for his efforts.

And as Ben Arfa’s effectiveness has faded, so too has the goodwill of his team-mates towards his on-field indulgences. No longer have they turned a blind eye to the player’s preference to prioritise anindividual act over one that might better help the team.

“There can be a lot of arguing in a locker room. There was one between Hatem and me. I’m here to help the team and the collective go as high as possible. It is also the role of a captain to re-mobilise everyone,” Koscielny said after the weekend’s 2-1 loss to Metz – a game for which Ben Arfa was dropped to the bench for the first time since arriving at the club.

If the former Arsenal man has indicated a willingness to let bygones be bygones, the playmaker has not readily shown such an ability to forgive and forget in his past.

That attitude, however, could play into Bordeaux’s hands if he puts his mind to dismantling PSG, the club that burned him the most, at Parc des Princes on Wednesday.