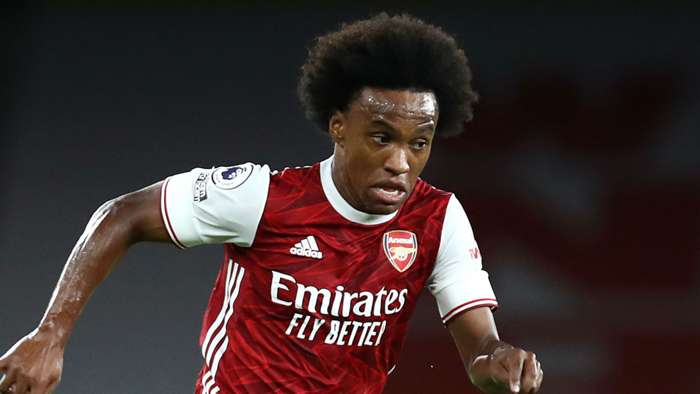 Arsenal head coach is pleased that Willian was able to feature for 30 minutes against Dundalk in the Europa League on Thursday.

The scoring was completed by the time the experienced Brazil international arrived on the scene, but for his manager it was more about giving him the opportunity to gain some match sharpness after a period out with a calf injury.

“We missed Willian the last couple of weeks, he had a very short pre-season,” the former No 2 to Pep Guardiola at Manchester City said. "He needs that bit of rhythm. He looked good today, great to get some minutes in his legs.”

Willian previously given his thoughts on Arteta’s tactics, suggesting that they are not what he has been used to and that he has been forced to learn a new style of playing.

“It’s been a cool, new experience. I hadn’t worked with a coach with that mindset,” Willian told Globo Esporte. “The positional game doesn’t mean that you have no freedom on the pitch, you have the freedom to move, but many times you have to respect the position, what the coach asks, the instructions, understanding that it’ll be better for the team.

“It may happen that you don’t touch the ball and get frustrated, but Mikel always says that, wait a minute, the ball will arrive. I've been learning a lot.”

The 32-year-old, who arrived on a free transfer from Chelsea in the summer, has, nevertheless, made a somewhat promising start to his time, securing a couple of assists against Fulham on the opening day of the season. He subsequently picked up a calf problem and missed last weekend’s 1-0 loss at home to Leicester as a consequence.

He will expect to have a role to play in Sunday’s showpiece fixture against Manchester United at Old Trafford, an opponent against which he has only scored one goal in his previous 10 outings.