Hazard and Vinicius can play together for Real Madrid, insists Zidane 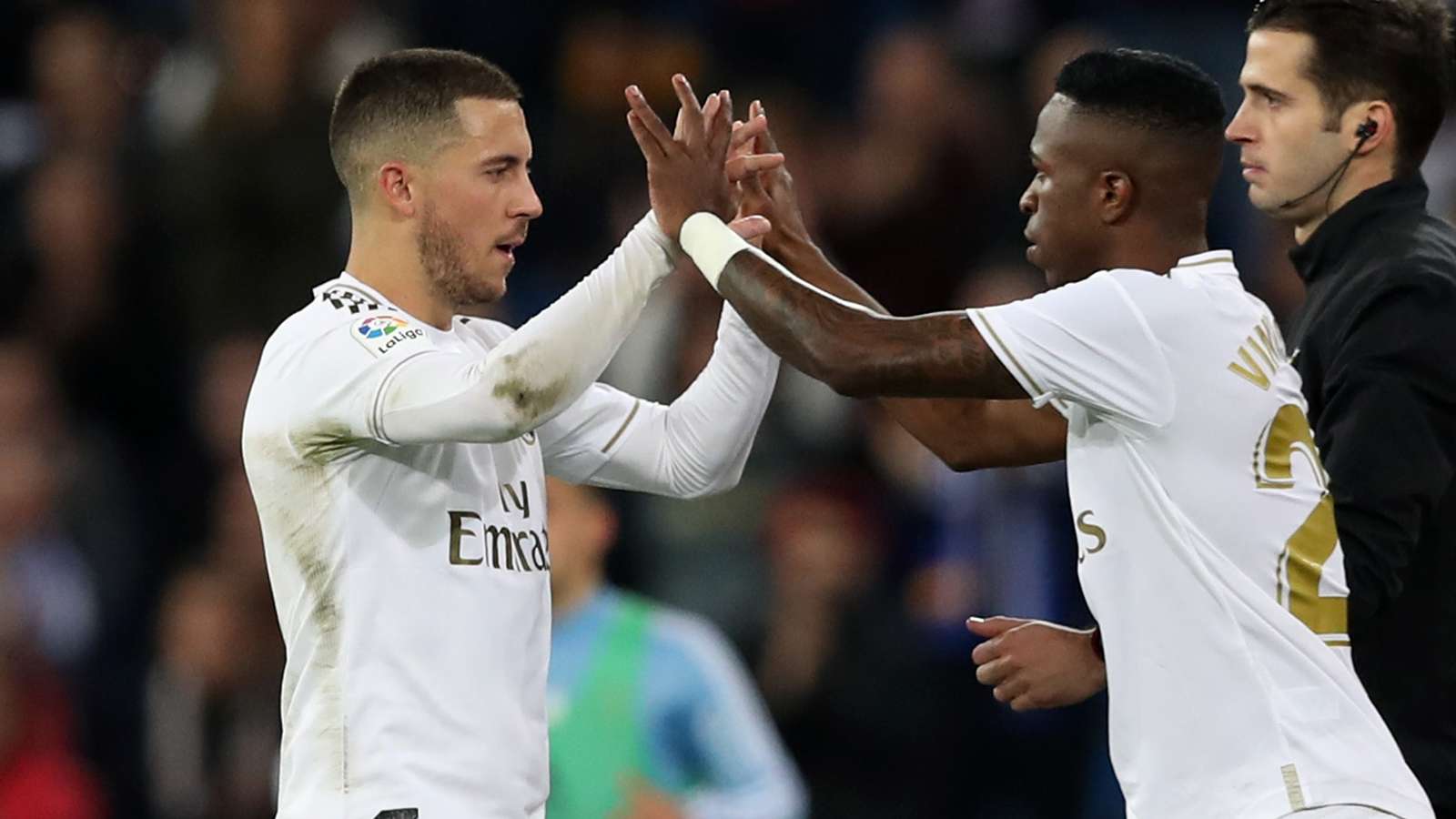 Zinedine Zidane has "no doubts" Eden Hazard and Vinicius Junior can feature in the same Real Madrid team.

Los Blancos' coachacknowledged the duo could be regarded as being in competition for a similar role, but is confident both can beaccommodated.

Hazard was an unused substitute in Sunday's2-1 win over Real Sociedad and it remains to be seen if he will play against Real Mallorca on Wednesday.

The Belgian has made just 11 Liga starts for Madrid in his debut season since moving from Chelsea, but he has contributed two assists in as many matches since the league returned to action to suggest that his fitness woes may now be behind him.

On the subject of the Brazilian being in the same XI as Hazard, he said: "I don't see it as impossible, not that, but we try to make the player as comfortable as possible.

"His position is Eden's, but it doesn't mean anything. I like to put the players in their place, but in a match they can play together.I have no doubts about that.

"He Vinicius is 19 years old, he must learn many things safely, tactically, et cetera, but he's a boy who wants to work and that's what he's doing.

"He did great the other day, not just offensively.The good thing is that we have a very good player for the present and the future of Real Madrid."

The Merengue have made a perfect start in their three outings since the Spanish top flight resumed, downing Eibar in their opening game before thrashing Valencia 3-0 at home and overcoming Real Sociedad.

Barca, meanwhile, dropped points Sevilla on Friday to relinquish the two-point advantage they had held over their rivals since before the coronavirus interruption and fall back to second place.

However, Zidane's side may soon be playing catch-up, with the Catalansin action on Tuesday against Athletic Bilbaoat Camp Nou and hoping to push ahead at least for 24 hours until the Merengue take the field.