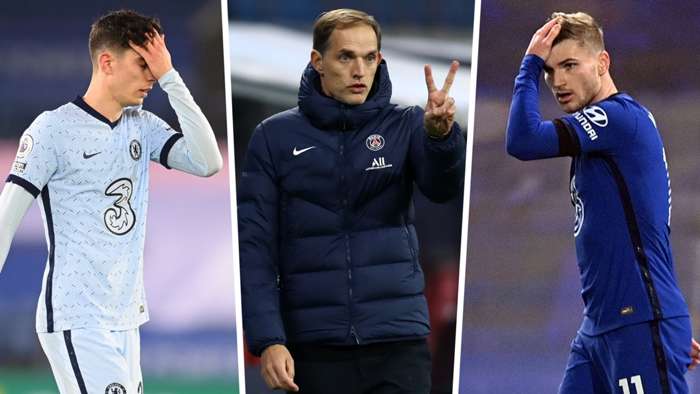 It is “far too simplistic” to suggest that the form of Timo Werner and Kai Havertz influenced Chelsea’s appointment of Thomas Tuchel, says Pat Nevin, with the Blues turning to a man they consider to be the best fit for a demanding post.

He made positive progress through his debut campaign at the helm, but expectations rose again during the summer of 2020 as Roman Abramovich bankrolled another elaborate spending spree.

Value has not been found in all of those additions, with German duo Werner and Havertz currently falling into the expensive flop category.

They now have a fellow countryman calling the shots, with Tuchel looking to find sparks in two proven performers, but Nevin insists that task was not at the centre of Chelsea’s decision to appoint a former Borussia Dortmund and Paris Saint-Germain boss.

The ex-Blues winger has told the club’s official website of a new coaching regime: “The suggestion in the media is that Thomas Tuchel was brought in partially to get the best from Timo Werner and Kai Havertz, but apart from that being far too simplistic, it is also only part of the deal.

“Getting the best out of the home-grown talent is just as important. As time goes by, I think Thomas will be very pleasantly surprised with the quality he has at his disposal.

“I think most people agree there is a fine team in there somewhere bursting to get out, the manager just has to get the right chemistry.”

Tuchel’s two games in charge of Chelsea have delivered four points and successive clean sheets, with the German proving that he is not afraid to mix things up when it comes to personnel and tactics.

Established members of the fold under Lampard now have to prove themselves all over again, with Mason Mount one of those that Nevin is tipping to retain a prominent role for the Blues.

He added on the 22-year-old playmaker: “The highlight for me in these early days of Thomas Tuchel has been the attitude and form of Mason Mount.

“Plenty of people have suggested he has been, on balance, Chelsea’s best player this season. He has certainly been the most reliable, but his brief showing against Wolves stole the show and against Burnley, I honestly think he just shaded it over Callum Hudson-Odoi for Man of the Match.