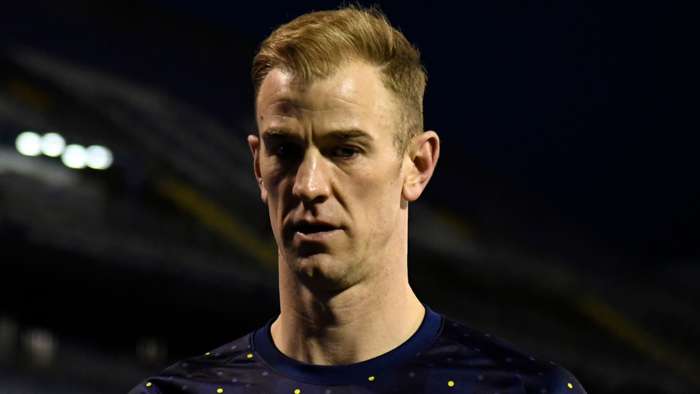 Tottenham goalkeeper Joe Hart has apologised for a celebratory message saying Job Done which appeared on his Instagram page - after Spurs were knocked out of the Europa League.

The triumphant message appeared on Harts social media, even accompanied by the 3-0 scoreline which signalled Spurs elimination. It was swiftly deleted, and on Friday morning the former England goalkeeper posted an apology video.

The Spurs number two said that a member of his social media team had thought the London club had won 3-0 rather than been beaten after extra time, that the mistake was accidental and that he was sorry for the loss and for the subsequent anger caused by the ill-advised graphic.

Hart, who was on the bench for the defeat in Zagreb on Thursday, said: "I feel I need to come on and make an apology on behalf of my social media team. Ive just woken up, but it has just been brought to my attention that someone thought we had won 3-0 last night. Sloppy as it sounds, its the truth.

"They posted Job Done. Its unacceptable, Im sure a lot of people are unhappy and Im sorry for that. It has obviously not come from me, Ive got nothing but love for the team and Im just as down as the boys are, so apologies.

"Unfortunately stuff like this happens, just know that it didnt come from any place other than a typo."

Have a good day. pic.twitter.com/KZJfHX6kTI

The Premier League side suffered a humiliating 3-0 defeat to Dinamo Zagreb in their round of 16 second-leg clash on Thursday night, which saw them crash out of the competition 3-2 on aggregate.

Spurs had put themselves in a strong position to progress to the quarter-finals of European competition after winning 2-0 in the first leg at the Tottenham Hotspur Stadium, but were well below par in the return match in Croatia.

Mislav Orsic scored two stunning second-half goals to force the game into extra time, and completed his hat-trick with a 106th-minute effort from distance to dump Hart and co out of Europe.

This did not register with whoever was running Harts Instagram, however, who posted "Job Done" with a big green tick over a graphic showing the final result and the aggregate score.