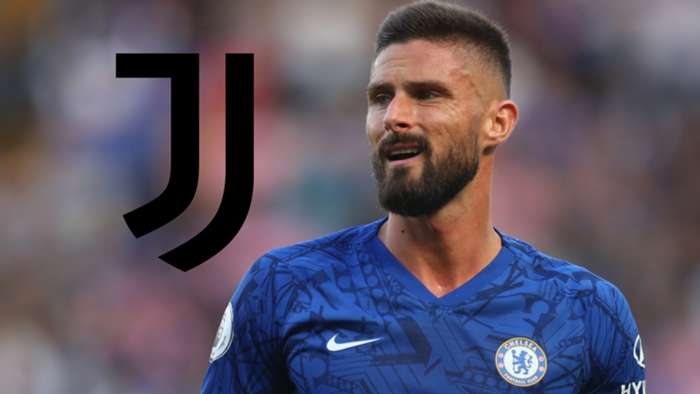 Olivier Giroud has rubbished rumours linking him with an imminent move to Juventus, saying he wants to stay and fight for his place at Chelsea.

After spending much of the first half of 2019-20 on the bench and seeming destined to leave in January, Giroud emerged as a key figure for the Blues after the turn of the year, scoring eight goals in Chelsea’s final 12 Premier League games.

With Tammy Abraham returning to fitness and Timo Werner arriving from RB Leipzig, Giroud has been linked with a move away once again.

But, with Michy Batshuayi having left to join Crystal Palace on loan, Giroud is confident he still has a part to play.

“Italians, they get carried away quickly,” Giroud told Telefoot when asked about the Juventus rumours.

“I was surprised to receive messages from friends this morning telling me about this rumour. That's far from being the case. I am a Chelsea player and I feel good here.

“I didn’t have the great end of the season that I did to leave like this, and not believe in my chances. I will fight for my place.

“But it's always good to get the attention of these kinds of clubs, it's flattering. But I remain focused on Chelsea. We will see what will happen in the coming weeks. But there is nothing signed or done. I prefer to deny it.”

Far from being forced out by Werner’s arrival, some have suggested Giroud’s physical prowess and hold-up play could make him the perfect foil for the German to flourish with at Stamford Bridge.

Whether the new arrivals will see Frank Lampard tinker with his tactical set-up remains to be seen.

“The coach can evolve,” Giroud added. “It is not stuck in one tactical system. Werner brings us another string to our bow.

“He has different qualities to mine, so that makes me think that's not such a bad thing. We could complement each other.

“I hope that I can continue the momentum I have had. I have high hopes for the future. We will see how it goes over the next few weeks. I'm impatient anyway.”