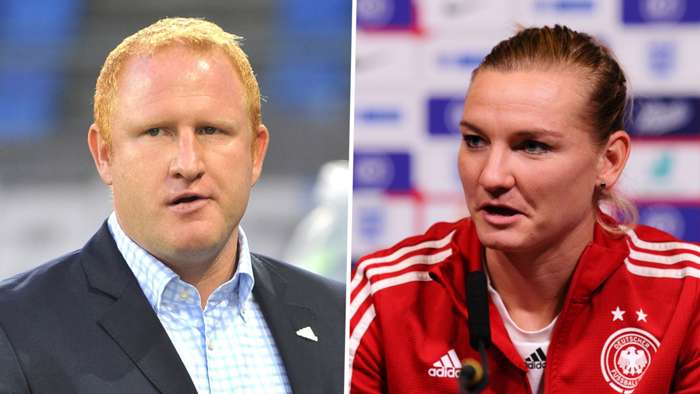 Germany captain Alexandra Popp has called for an explanation from the court of the West German soccer association (WDFV) after Borussia Monchengladbachs Under-23 coach Heiko Vogel was ordered to take charge of six training sessions with a womens or girls team.

The order was issued by the court after Vogel was found guilty of making inappropriate comments towards officials Vanessa Arlt and Nadine Westerhoff on January 30.

Vogel was hit with a fine of €1,500, a two-game ban and told to complete six female training sessions before June 30.

Players from the top two divisions in Germany, including Popp, voiced their concerns via Instagram, stating: “The question arises as to how the training of a womens or girls team can be defined as punishment.

“There is no value in offering to compensate for such unsporting behaviour by offering to train a womens team for a few hours.”

The statement added that the judgement “discriminates against all women in sport and especially in football.”

The WDFV has since responded to the players, with vice president Gundolf Walaschewski stating that the court has been asked to review the decision.

“Its incomprehensible to me that training a womens team is seen as a punishment,” he said. “I can therefore understand the players anger and why they have made themselves heard in public. We have been in talks with the WDFV for several days.

“The fact that the executive committee of the WDFV has ordered a review of the judgement is a correct and necessary sign.”