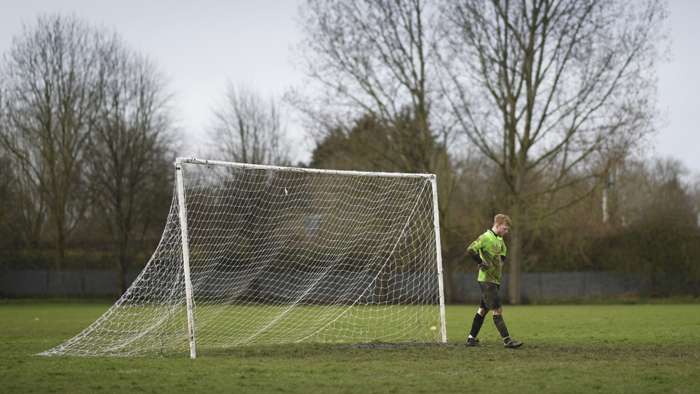 German amateur side SG Ripdorf/Molzen II paid the price for watching their health as they went down 37-0 due to their fears of contracting coronavirus.

But preparations for the match were complicated when it emerged that the Holdenstedt team, according to Ripdorf president Patrik Ristow, had been in contact with an individual infected with Covid-19 during a previous match against Eddelstorf.

While the squad later tested negative for the pandemic illness, their opponents contended that guarantees were not in place to play as 14 days had not passed since that first conact.

Ripdorf requested the game be postponed, but saw their plea rejected by the local association, although Holdenstedt's first team were excused from their own clash due to fears of contagion.

Forced to either play or face a hefty penalty for abandoning the match, the side decided to take the field while respecting social distancing protocol.

Holdenstedt were therefore left to run rampant while their opponents watched on from a safe distance, scoring goal after goal in the absence of opposition.

"Several players on our second team told us that they would like to avoid contact with SV Holdenstedt players to be safe," Ristow later explained toAZ.

"Also because the 14 day incubation period had not yet finished. The Holdenstedt first-team game was cancelled, the second team game unfortunately was not.

"The coaching staff and club directors are responsible for the team and, naturally, accept the situation in today's world. To contain possible chains of infections, this should be in everybody's interests.

"At the same time, as a club, we have to be careful not to incur unnecessary punishments for not showing up during his difficult corona period. That would make the financial situation of the club even worse. So we are in a bind."

According to the Holdenstedt coach, however, Ripdorf exaggerated the risk of infection. "There was no reason not to play this game," Florian Schierwater explained.

"None of our players had contact with the Eddelstorf player who tested positive. I said hello to him, but like others I also volunteered to be tested.