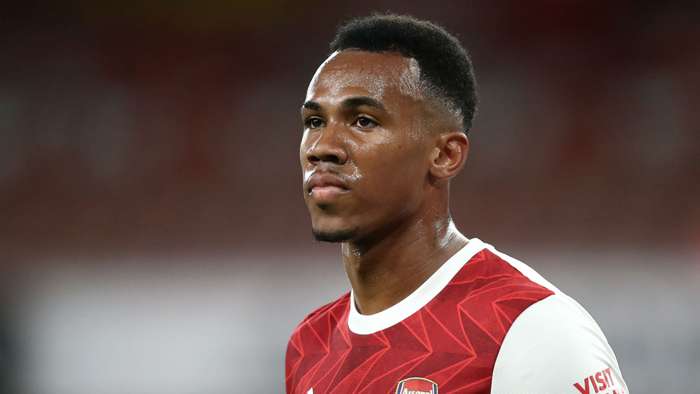 Gabriel Magalhaes admits to having shunned rival interest in his services, amid talk of Manchester United and Chelsea being keen, in order to complete a “dream” switch to Arsenal.

Big-spending outfits from across Europe were prepared to buy into his potential, with Premier League heavyweights leading the chase.

Arsenal ended up putting a £25 million ($33m) agreement in place, with Gabriel adamant that he gave no thought to heading elsewhere once the Gunners showed their hand.

“I was trying not to hear too much about transfer speculation because you always end up thinking about everything that’s going on,” the commanding 22-year-old told Arsenal Player.

“After Arsenal came into the equation, he agent told me about other clubs that were interested, but I chose Arsenal because it was a dream for me. It’s a club that I really like and always watched on TV, with fantastic history.

“Arsenal is a huge club, one of the biggest in the world, and I told my agent from the start that if Arsenal came in for me, I wanted to wear the shirt, play at the stadium and feel the fans’ support because it’s a club I’ve always watched.

“I’m now very pleased to be here today alongside top players. It’s a childhood dream of mine.”

Gabriel has come a long way in a short space of time, having found himself out on loan at Dinamo Zagreb in 2018, but he always believed that he would reach the very top.

He added: “When I was young at Avai his first club in Brazil, I faced many difficulties, but I never stopped dreaming and never let my head drop. I kept moving forward with the support of my family and friends.

“My mother was a bit scared when I left for Avai as it was a different city, so it was tough. She cried and wanted me to go back because it’s normal for a mother to want to look after her son, but she’s seen the results today and is very happy.

“It was very hard at the start when I arrived at Lille in 2016 because I was in a city where I didn’t speak the language and was very young, so it was tough. I learnt so much there.

“After my loans at Troyes and Dinamo Zagreb, I really matured. When I went back to Lille, I was more mature and was more familiar with Europe and the style of play.