Gabriel Jesus at Man City due to Mancini error, with former boss doing Blues a favour 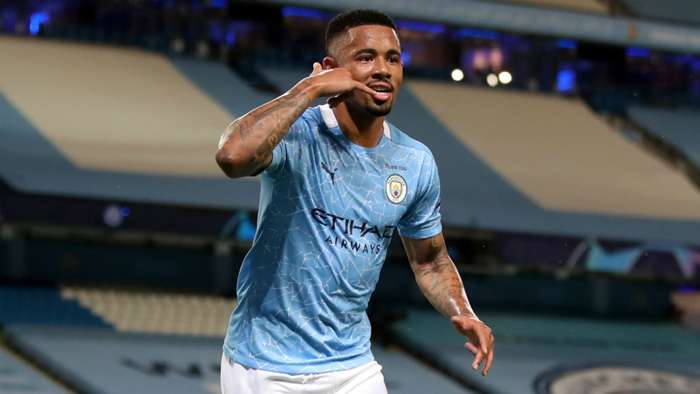 Manchester City managed to land Gabriel Jesus after being offered a helping hand by former boss Roberto Mancini, with the Italian tactician unwittingly doing the Blues a favour during his time at Inter.

It appeared at one stage as though Serie A was destined to be his next port of call, with Inter keen on buying into his potential at San Siro.

Mancini was calling the shots for the Nerazzurri at that time and was urged to snap up Jesus before others came calling.

He was told to contact the South American personally, making it clear to a youngster with a big decision on his hands that he was truly wanted in Italy.

But no call was made and Jesus began to explore other options, with a deal eventually done that took him to the Etihad Stadium in January 2017.

Explaining how that move came about, FIFA agent Sabatino Durante told Calciomercato: “He could have gone to Inter, but Mancini didn’t call him. This is why he choseManchester City.

“He was one of the most promising Palmeiras players. Inter were strongly interested and I told theNerazzurrito have Mancini call him because he is a very sensitive guy.

“Inter didn’t do it, unlike Manchester City. Pep Guardiola called him and convinced him.”

Jesus has gone on to take in 156 appearances for City, registering 71 goals and 20 assists.

He has won two Premier League titles, a couple of Carabao Cups and the FA Cup, but questions have been asked of his future as City begin to piece together plans for life after Sergio Aguero – with the prolific Argentine running down the final year of his contract.

Inter have been mooted as a potential destination once again, but Jesus has been urged to stay at the Etihad and enhance his reputation in English football.

Illustrious countryman Rivaldo has told Betfair: “There are also rumours that Internazionale would try to sign Jesus if they sell Lautaro Martinez to Barcelona, but if it was me I would prefer to stay at City.