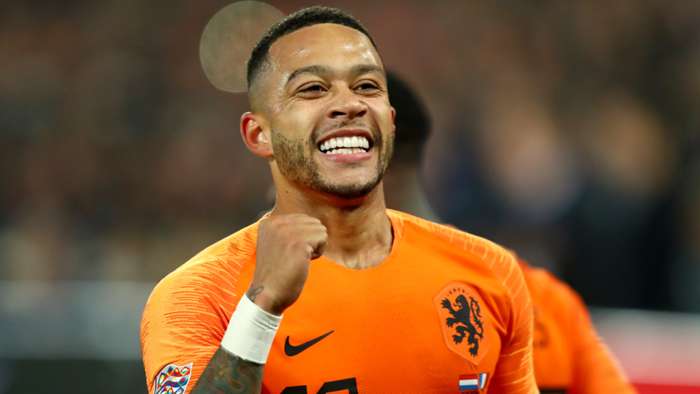 The French government and FFF (French Football Federation) will allow foreign players to join up with their international teams next week without having to quarantine upon their return but only if certain criteria is met, RMC reports.

Memphis Depay hadcalled upon the government in France to grant a waiver for all internationalfootballers who play in Ligue 1 to be exempt from the mandatory period of self-isolation that wouldve been required after they arrived back in the country.

That request came after the France national team, who will playaway fixtures againstKazakhstan and Bosnia-Herzegovina over the next two weeks, were given the green light to travel to theirmatches without restriction, with Depay urging the exemption to apply to all the leaguesinternational players.

The Lyon forwardtook to social media to air his dissatisfaction with the apparent preferential treatment for homegrown players.

"That would be fair since y’all make an exception for the France national team that travels outside of Europe to play games as well!!!"

With coronavirus cases in the country rising, the French government were requiring foreign players who chose to join up with their international squads, and thus needing to travel out of the country, to self-isolate for a period upon their return.

Depays request has, however, seemed to prompt a change of tack, but only if certain strict criteria is met by the players, clubs and international sides in question. RMC reports that all clubs have been issued instructions as to what measures they need to follow.

That includes players beingrequired to be part of an elite sport bubble and have a daily coronavirus test when they return to France.

Furthermore, those in question will needto arrive back into the country via a private jet, with it unknown if various club teams and national associations will be able to provide such a service during Covid-19 times.

That may result in only a select few of the leagues top players being able to feature for their international sides over the next two weeks, given the guidelines that have been put in place by the French government and FFF that must be adhered to.