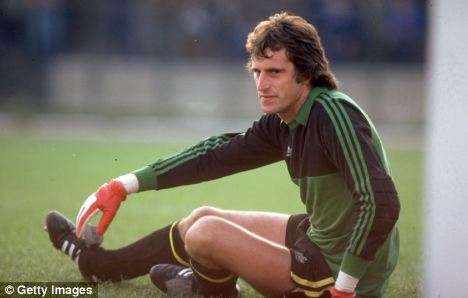 Former England, Liverpool and Tottenham goalkeeper Ray Clemence has died at the age of 72.

Signed by Bill Shankly form Scunthorpe United in 1967, Clemence was a commanding and towering presence behind the Reds’ impressive back line.

After leaving Liverpool in 1981, Clemence went on to enjoy FA Cup and UEFA Cup success with Tottenham before retiring in 1988.

Clemence was diagnosed with prostate cancer in 2005 and was at the forefront of the campaign to raise awareness of the disease.

The Clemence family issued a statement on Sunday, which read: “With great sadness, we write to let you know that Ray Clemence passed away peacefully today, surrounded by his loving family.

“After fighting so hard, for such a long time, he’s now at peace and in no more pain.

“The family would like to say a huge thank you, for all the love and support that he’s received over the years. He was loved so much by us all and he will never be forgotten.”

Clemence won 61 caps for England, but that figure would have been far higher had he not shared the stage with Peter Shilton.

The pair were head and shoulders above their peers, and for a time the England management found it so difficult to split them that they played alternate games.

Clemence’s final game for his country was against Luxembourg in 1983, a career that spanned 12 years.

He briefly went into management, taking charge of Barnet in the mid-1990s, beforetaking up a coaching role with England under Glenn Hoddle.