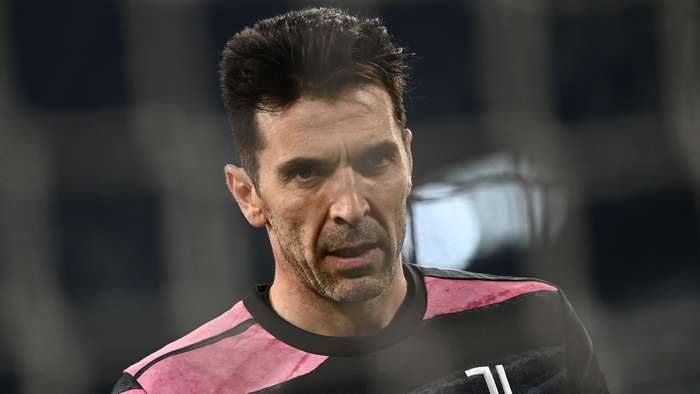 Gianluigi Buffon has revealed that he could continue playing until 2023 although has not ruled out hanging up his gloves at the end of the 2020-21 season.

The 43-year-old, who signed a one-year extension last summer, says he could extend his career byanother two years although there remains the possibility he will call it a day at the end of the current campaign.

“Look, in my head, there truly is a final stop sign, a maximum bar, which is June 2023,” Buffon told The Guardian .

“That is the maximum, really, really the maximum. But I could also stop playing in four months.”

Buffon has been restricted to just 10 appearances across all competitions for Juve since Andrea Pirlo's appointment as head coach back in August.

His last outing came in a Serie A clash against Crotone on February 22, which saw him record his fifth clean sheet of the season as the Bianconeri ran out 3-0 winners.

The Italian shot-stopper also started both legs of Juve's Coppa Italia semi-final victory over Inter, and will likely retain his place in the final against Atalanta in May having also featured in the quarter-finals and round of 16.

Twentyof Buffon's 26 years in the professional game have been spent at Juve, where he has featured in 681 games to date.

The World Cup winner has secured21 trophies during that period, including 10 Serie A titles, and has also appeared in three Champions League finals.

Asked why he decided to re-join Juve and prolong his career at the highest level, Buffon responded:“They say that when you reach my age, the decline happens all at once – from one moment to the next. I don’t believe this.

“I am also someone who believes very strongly in fate, in destiny. When Juventus offered me the chance to come back, I thought: ‘Madonna!You never know, maybe there’s a reason, something I’m meant to go back there for. One last great story to write'.

“So I have to be honest, there is also a part of this that comes down to that bit of ego all of us have.”