FIFA moves Club World Cup in Qatar to February, cancels U17 and U20 Women's World Cups 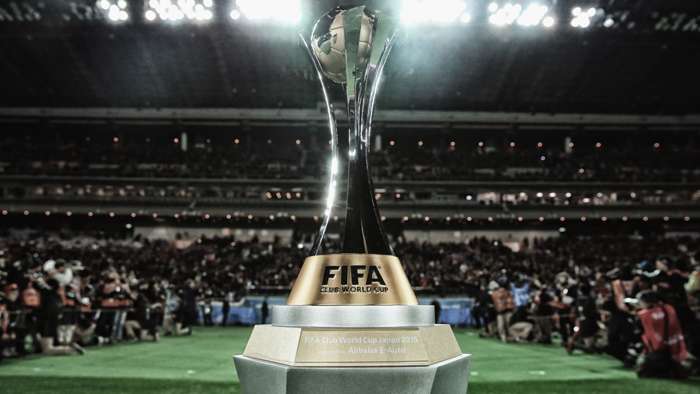 FIFA has confirmed the Club World Cup will take place in February 2021, rather than December of this year.

"The FIFA Club World CupQatar2020, which was originally scheduled for December, has been subject to the disruptive effect of the pandemic on the confederations’ continental club championships that serve as a pathway for the event,"FIFAstatedin a release.

With Tuesday's decision, the competition will instead be staged from February 1 to February 11.

European champions Bayern Munich and Al-Duhail, the 2019-20 Qatar Stars League winners, are the only confirmed participants so far.

Bayern secured their spot this summer by beating Paris Saint-Germain in the Champions League final, while Al-Duhailwill join the competition as the host team.

Champions of continental championships from CONCACAF, CONMEBOL, AFC, OFCand CAFwill also qualify for the tournament, with those respective continental competitions expected to be completed in the next few months.

The 2021 tournament will be the last before the expanded competition, which is due to replace the Confederations Cup on the football calendar,is first held in China.

FIFA also confirmed the 2020 Under-20 and Under-17 Women's World Cups have been canceled after stakeholders raised concerns about stagingthe tournaments.

The events, which were set to be held in Costa Rica and India respectively,had been postponed until early next year because of the impact of the pandemic.

England FA’s head of women’s technical development Kay Cossington saidof the cancellation: “This has been an unprecedented year for football, and whilst the cancellation of the FIFA Women’s Youth World Cups is, of course, disappointing, we are fully supportive of the difficult decision FIFA have taken today.

“We were all looking forward to the tournament in India next year, but the health and wellbeing of competitors is, quite rightly, the primary concern for FIFA and all the national associations who were due to compete.”