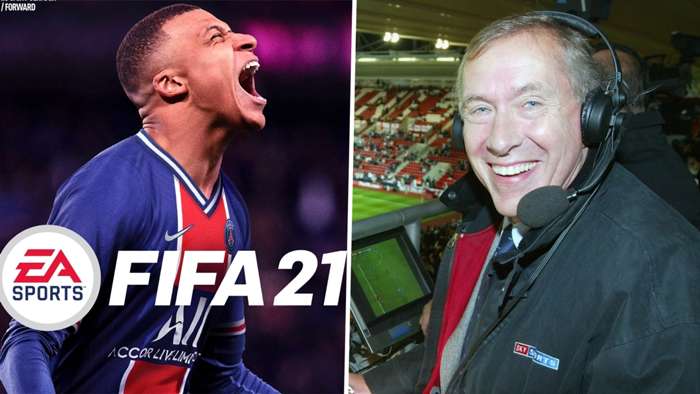 FIFA fanatics may have been in for a shock this year when they kicked off their first match in the newest instalment of the EA Sports franchise.

The pair have become synonymous with the game over the years, making their bow way back in 2005.

Tyler and Smith have narrated players’ best moments with some iconic lines over the years, but no longer will a match-winning hat-trick be greeted with that familiar comment: "It's three of the best! He has made them pay and that completes a wonderful hat-trick!”

Smith confirmed on Twitter that he and Tyler weren’t returning for FIFA 21, though he did not explain the reason for the change.

Smith said: “Gutted not to be involved with @EASPORTSFIFA anymore. For Martin Tyler and myself, it was an honour to voice the game for so long. But nothing lasts forever.”

Tyler and Smith have been replaced by Derek Rae and Lee Dixon, who have been involved in recent editions of the game.

Rae and Dixon have previously been the commentary pair for Champions League and Europa League games on Kick-Off and Career Mode in FIFA 19 and FIFA 20, but will now be the main commentary team.

That means FIFA 21 players will not have the option to switch commentary teams in settings.

Rae is a Scottish commentator, beginning his career as a teenager in 1986 with BBC Radio Scotland. He has since commentated for outlets including ESPN, BT Sport, Amazon Prime Video and Fox Sports.

Dixon is a former England international right-back who spent the majority of his playing career at Arsenal, winning four league titles and three FA Cups. He has been a regular pundit and commentator on television and radio since his retirement in 2002.

Rae and Dixon were initially introduced to add authenticity to Champions League and Europa League matches when EA Sports first acquired exclusive rights to the competitions in FIFA 19.