FIFA 21: How 'toxic' behaviour is being tackled in new game 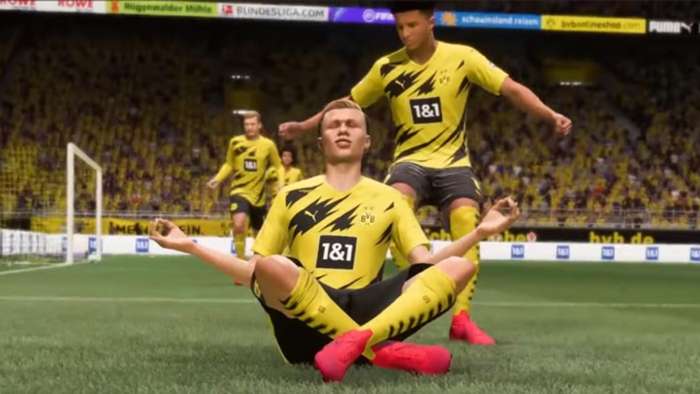 Have you ever wanted to throw your gamingcontroller through the TV because your online FIFA 20opponent keeps celebrating a goal by shushing or dabbing?

Sam Rivera, FIFA's lead gameplay producer, has revealed that the developers have listened tofeedback regarding situations where users would purposefullytry to anger their opponent.

"We were told by the community that there is toxic behaviourin the game andwe wanted to make sure we removed them," Rivera said.

In past editions of FIFA, acommon point of frustration was competitorsoverusing particular celebrations after scoring a goal - and making them run their full duration - to help rise the blood pressure of their opponent.

Rivera says that certain celebrations would be removed from FIFA 21, and althoughhedid not reveal whichwould be canned from the game, expect moves such as the 'pigeon' and 'dab' to be under threat.

Another bugbear of FIFA users was the waiting times during choreographed scenes such as when the ball was out of play for a throw-in.

Some users would purposefully drag the scene out in order to frustrate an opponent or arrest their momentum.

But in FIFA 21, such cut scenes will be auto-skipped to allow for quicker, more seamless gameplay - and more importantly, less time-wasting and frustration.

There will also be a significant reduction in waiting times for players to take all set-pieces such as kick-offs, corners and free kicks.

Previously, players could let the clock run down while they waited the maximum amount of time to restart play - another tactic that could cause extreme irritation.

It isn't just cutscenes where EA Sports have tried to reduce user frustration - there have also been significant tweaks to the playing mechanics involvingtackling.

In FIFA 20, consumers became angry when they repeatedly made tackles and the ball would end up back with the opposition instantly.

However, with anew tackling system implemented in the new version, EA have assured that users will be rewarded more often for executing a well-timed tackle.