FA Cup win against Man Utd was peak Rodgers: When will he get the respect he deserves? 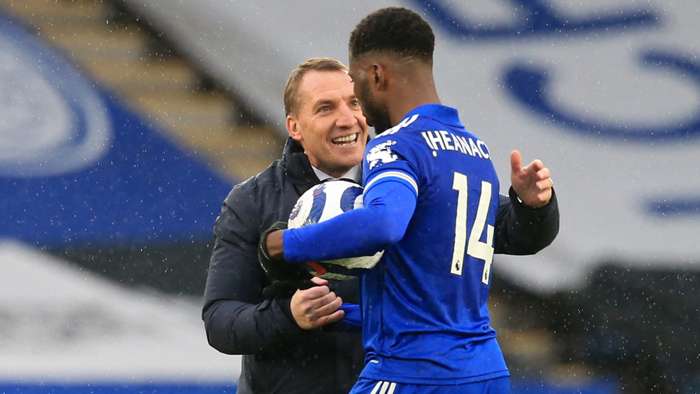 No matter how often Brendan Rodgers overachieves, he never seems to enjoy the reputation of an elite manager.

Whether it issuccessive top-four challenges with Leicester City on a net spend of ¬£20 million ($28m), a record-breaking trophy haul at Celtic, or an unexpected title challenge at Liverpool, there is something about Rodgers that inhibits his standing in the game.

His Brent-isms, first noticed in the Channel 5 documentary Being: Liverpool, may have stripped away the mystique that tends to characterise the sport‚Äôs most fascinating and mythologised tacticians, but that does not really hold up to scrutiny.

Perhaps, for some, Rodgers‚Äô eagerness to talk up his own tactical tweaks gives him an air of arrogance, yet that hardly explains the lack of mainstream coverage of his methods and ideas.

However, the real reason Rodgers is notgiven full credit is his elusiveness. In an age of club ‚ÄòDNA‚Äô, most top managers fall into a specific tactical category and are easily identified by their philosophy; by their idealism captured in a prescribed school of thought.

He is an adaptive, flexible, and shape-shifting tactician, and that means his Leicester City team is difficult to define in catchy five-minute segments in a TV studio.

To understand Rodgers as a manager requires deeper consideration of an ever-evolving system, running against what is fashionable in tactical analysis.

Sunday‚Äôs 3-1 victory over Manchester United was peak Rodgers.Over the last four games -and following back-to-back defeats - Rodgers has deployed a 3-4-1-2 formation in which Jamie Vardy and Kelechi Iheanacho lead the line with Ayoze Perez, just behind, flitting into the channels.

Nobody saw this system coming, and certainly nobody anticipated Leicester coping so well with the loss of James Maddison and Harvey Barnes to injury, and yet Rodgers has not been given much credit for such an unusual and successful improvisation.

And it is by no means the first time he has done so.

Throughout the campaign, Leicester have lurched through periods of good form and bad (they have had a one-win-in-four record on five separate occasions in 2020-21), and each time Rodgers gets them on an upswing, the catalyst is a formation switch or tactical tweak.

Take the 1-0 win over Arsenal in November, which followed consecutive league defeats to West Ham and Aston Villa. Rodgers abandoned the 4-1-4-1 that had served him so well in 2019-20 for a 3-4-2-1, recognising the incoherence of their wing play and funnelling attacks through those central half-spaces ‚Äì getting close support to Vardy.

Leicester have switched system multiple times since then, perhaps most notably in the middle of the 3-1 win over Liverpool in February. Rodgers is never afraid to radically alter his plans mid-game, and here he flipped the contest on its head by switching from a 4-2-3-1 to a diamond 4-4-2 when Leicester were 1-0 down.

This carried a huge risk given the strength of Liverpool‚Äôs full-backs, but the narrow system instantly paid off as Barnes, now alongside Vardy, caused chaos in Klopp‚Äôs makeshift defence as Leicester went considerably more direct.

Leicester do not have one specific style of play or default formation, then, but that does not mean there is a long-term tactical strategy underneath it.

In fact, it is the intricacy of Rodgers‚Äô training methods that allow him to switch systems seamlessly, with players adapting quickly to new positions because the aesthetic foundations are so well drilled.

But again, these tactical methods are noteasily summarised in a couple of lines, explaining the lack of tactical dissection around Leicester, the inadequate praise for Rodgers, and ‚Äì most importantly ‚Äì the Premier League‚Äôs inability to shut Leicester down.

Rodgers‚Äô primary ideas, broadly speaking, are to encourage possession retention, targeted pressing, and verticality. His team is organised to keep the ball for long periods before exploding into life with sudden progressive passes that become available thanks to complex positional shifts within midfield.

In everything Leicester do, their aim is to find space between the lines for Barnes, Maddisonand Youri Tielemans in particular, all of whom play on the half-turn ‚Äì ready to drive into space once the line-splitting pass has been made.

In other words, Leicester‚Äôs is a hybrid system that fuses patient possession with a sudden change in tempo that releases the forwards into a counterattack-like scenario.

The football is both explosive and not, both direct and patient, with the players operating on a sliding scale between pre-set attacking moves (or ‚Äòautomatisms‚Äô) drilled in training and individual improvisations.

A typical Leicester goal might see the centre-backs and Wilfred Ndidi pass the ball calmly across the back until a gap in the opposition shape opens, at which point Tielemans may play a quick one-two to split the lines and surge forward ‚Äì a trigger point for Vardy to make his move. The second goal against United on Sunday was a good example.

But to suggest there is an archetypal Leicester goal would contradict the idea of Rodgers as elusive, and indeed the manner of their explosive tempo changes shifts all the time. This is largely due to those frequent formation changes, but also Rodgers‚Äô unusual ability to absorb the tactical trends of the moment.

This season, that has meant embracing under-lapping full-backs who step into central midfield. It has also manifested in their most recent formation, the 3-4-1-2, rotating in-play to become a 4-3-3 as Wesley Fofana comes out to right-back and the right wing-back joins the forward line (a hybrid system used by Manchester City and Chelsea this season).

It is tempting, as with Sunday‚Äôs game, to emphasise the brilliance of Leicester‚Äôs individual players, or at least to focus on the combinations that have got Leicester ticking.

But it istempting mainly because it iseasier; easier than defining and praising Rodgers‚Äô elusive, ever-adapting tactical strategy.