Europe's most in-form player? Arsenal-linked Szoboszlai on a path towards greatness 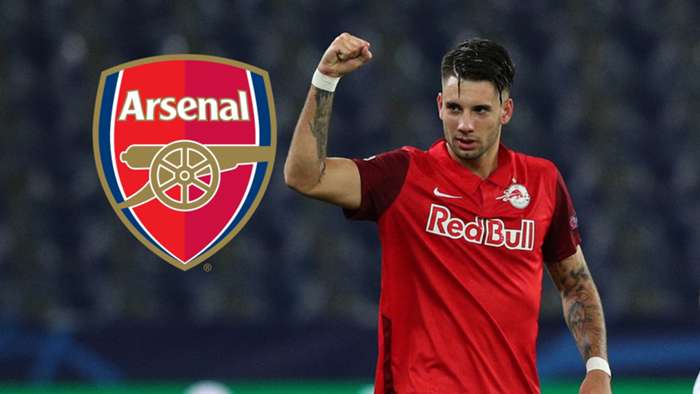 The reasons for the footballing world lockingdown back in March were obviously tragic butthere is no question that the break in action helped certain players and teams.

For Red Bull Salzburg playmaker Dominik Szoboszlai, the three-month hiatus seems to have helped take his game to the next level.

Before Covid-19 brought the world to a screeching halt, the Hungarian was enjoying an encouraging if not outstanding campaign having contributed four goals and seven assists in all competitions for Jesse Marsch's side.

Post-lockdown, though, has been a different story.

In 24 club games since Austrian football returned in the final week of May, Szoboszlai - who turned 20 in late October - has registered a remarkable13 goals and 20 assists.

For context, that is exactly the same return thatKevin De Bruyne managed during last season's Premier League, though the Manchester City star required35 appearances, rather than just 24,to reach those numbers.

On the international stage, meanwhile, Szoboszlai has become a national hero after his superb individual strike in stoppage-time against Iceland on Thursday secured Hungary's qualification for the summer's European Championship, some of which isset to be played in Budapest.

"There were four defenders in front of me, then I just thought I'd shoot from 20 yards in the last minute," Szoboszlai admitted toreporters post match. "Thank God it went in!"

There are already some in his homeland that believe Szoboszlai has the potential to become the best Hungarian footballer to emerge since Ferenc Puskas was leading the country's golden generation in the 1950s, with his history-making goal just the latest in an ever-growing portfolio of spectacular strikes.

This season he has already produced a stunning 35-yard free-kick that ensured victory for Hungary over Turkey in the UEFA Nations League as well as a viciously dipping effort from the corner of the box against Lokomotiv Moscow in the Champions League.

A demon from set-pieces, Szoboszlai is still more known for his ability to create chances rather than score them himself, but there is no doubt that he is becoming one of the world's leading playmakers.He is most comfortable in a role on the left of midfield where he is able to cut inside onto his stronger right foot.

With that said, it should come as no surprise that some of Europe's biggest sides are already starting to position themselves ahead of the January transfer window.

AC Milan have long been linked with Szoboszlai, but it is Arsenal who seem to have emerged as potential front-runners following reports in Hungary that quoted the player's agent, Matyas Esterhazy, as saying: "Arsenal's interest is real" when asked about his client backstage at a business panel discussion.

With Mesut Ozil ostracised, the Gunners have been crying out for a creative presence in the final third so far this season.

Mikel Arteta's side have scored just nine goals in their eight Premier League games in 2020-21, and Szoboszlai has the capabilities to help bring the best out of Pierre Emerick-Aubameyang and others in north London.

Over in Spain, meanwhile, Friday's edition ofASled on Real Madrid's interest in the youngster, with Zinedine Zidane's side having struggled at the top end of the pitch at times during the opening months of the campaign.

There is interest from Germany too, and though Esterhazy has moved to deny reports that his client already has an agreement in place to join RB Leipzig, the Bundesliga does seem a viable option given itssuccess in developing some of the world'sbest young talents.

"He could move to RB Leipzig in January, but I'm convinced that every top Europeanclub has him on their list, including Bayern."

Regardless of where Szoboszlai's future lies, the club that signs him will likely be getting themselves a bargain, with Salzburg yet again set to be burned by a rather paltry release clause.

Having seen Erling Haaland and Takumi Minamino leave for a combined€28.5 million (£24m/$32m) in January 2020, the Austrian champions could now lose Szoboszlai for as little as€25m (£22m/$30m) due to an agreement in his contract.

That would represent some value for a player who, though still yet to prove himself outside of Austria, is putting up numbers that few anywhere in Europe are able to match at this moment.

"The reality is that a guy like Dominik Szoboszlai is likely to have many suitors this winter," Salzburg boss Marsch told theFutbol Podcastwhen asked whether his star playmaker would likely leave this January.