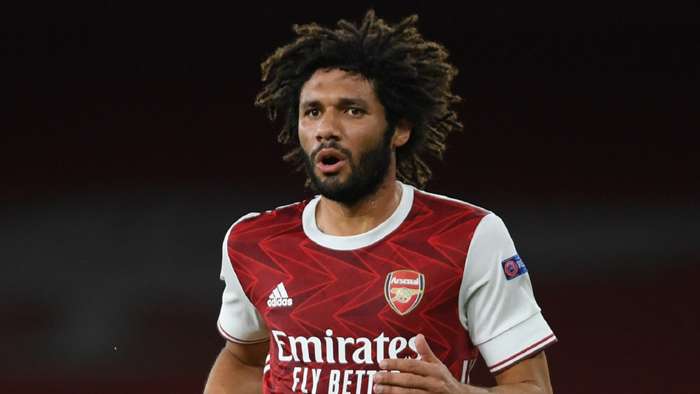 Mohamed Elneny is looking to complete a remarkable turnaround at Arsenal by landing himself a contract extension.

The Egyptian midfielder appeared destined to be heading for the exits when Unai Emery sent him out on loan to Besiktas at the start of the 2019-20 campaign, with alternative options being favoured in north London.

Another Spanish coach, Mikel Arteta, has found room for the 28-year-old within his plans, though, and it could be that fresh terms are now thrashed out at Emirates Stadium.

Elneny has said in the Evening Standard: “Of course, for me I am always loyal to Arsenal.

“And if Arsenal say to me: ‘Sign a new contract’, of course I would be happy to do this.”

Arsenal snapped up a hard-working performer from FC Basel in January 2016.

Elneny has taken in 119 appearances for the Premier League heavyweights and is tied to a deal through to the summer of 2022.

Elneny was drafted straight back into the Arsenal side upon his return to England, with a starting berth handed to him in a Community Shield win over Liverpool.

He has now made 30 appearances across all competitions this season, with only three more required to record a personal best for the Gunners, and a confident character says he always believed that a reversal in fortune could be taken in.

Elneny has added: “I expected to come back because I want to always be with the biggest team and I am really happy to be at Arsenal all the time.

“When I was on loan, all the time I was thinking I need to get back to Arsenal to be in the squad, to play like I do now.

“That’s why I worked really hard in Besiktas and I built myself there to come back stronger.

“Before I came back, Mikel didn’t speak to me, but after when we came to the start of the season he started to speak to me.

“And he said: ‘Mo, we have new things now. We have to understand how I want the midfield to play and always if you don’t understand something from the new system you have now, just come to ask me’.

“He was helping me so much to understand the way he wanted us to play and this is what helped me a lot.

“After the Community Shield against Liverpool, he came and sat down with me and he just gave me everything I’ve done, with the pre-season and the game against Liverpool. And it was something really good for me to start the season with.”