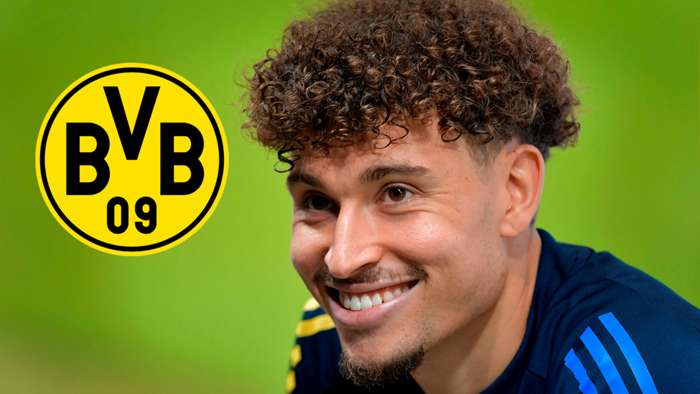 Borussia Dortmund are weighing up a move for Spartak Moscow forward Jordan Larsson amid intense speculation over the future of star strikerErling Haaland, Goal can confirm.

The Bundesliga side may have a battle on for his services, however, as West Ham are also monitoring the Sweden international.

Larsson has scored 12 goals for Spartak in 23 Russian Premier League games so far this season and was voted the clubs player of the month for March.

Dortmund may soon be in a position where they need to acquire anew forward, withHaalandexpected to leave the club either this summer or in 2022.

Even if Haaland were to stay at Signal Iduna Park, they need depth up front as caretaker boss Edin Terzic currently has no other options available due to an injury to teenager Youssoufa Moukoko.

Moukoko became the Bundesligas youngest ever playerthis season, making his debut just one day after turning 16. However, a foot injury suffered on international duty with Germanys Under-21 side has ruled him out for the rest of the campaign.

Borussia Monchengladbach head coach Marco Rose will take charge at Dortmundnext season and the club need to strengthen in many areas of the pitch to go back to being title challengers in Germany.

Larsson is seen as an ideal addition to the squad as he has big potential and can develop under Roses tutelage.

The son of former Barcelona and Celtic striker Henrik Larsson was signed by Spartak Moscow for €4 million in 2019 and scored seven league goals last season as we alternated between playing as awinger and a centre-forward.

This season, he has mostly played through the middle and has a much better return, with 12 goals so far in the Russian Premier League for a Spartak side who are four points behindleaders Zenit in the table.

Larssons good form has also drawn the attention of Premier League side West Ham, who are also looking for attacking depth for 2021-22.

At the moment, Dortmund have no plans to sell Haaland and view him as an integral part of their rebuild under incoming coach Rose.

However, failure to qualify for the Champions League could force their hand, despiteCEOHans-Joachim Watzke insisting that agent Mino Raiolas mini-tour of Europe did not guarantee Haalands exit this summer.

"We do not have a parallel plan. We will discuss this with Erling, his father and his agent Mino Raiola," WatzketoldGoalandDAZN. "We also want him to be happy to stay with us, to score goals for BVB next year with conviction. There is no alternative plan."

Barcelona, Real Madrid, Manchester City, Manchester United, Chelsea and Liverpool have all been linked with moves for the 20-year-old, but a 2021 transfer would prove very costly.

Haaland has a release clause which kicks in next summer, so a transfer in 2022 could be more likely.

Should Haaland stay at Dortmund, the Bundesliga side could still make a move for Larsson as it will allow him a chance to develop under Rose before becoming the clubs first-choice centre forward in 2022-23.