Chelsea owner Abramovich planning for future amid rumours of sale 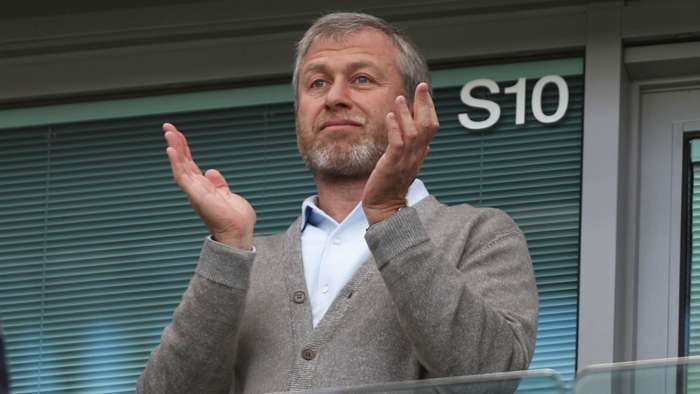 Chelsea owner RomanAbramovich has insisted he is planning for the future at Stamford Bridge amid continued talk the Russian oligarch could sell the club.

Abramovich has not attended a match at Stamford Bridge since 2018 after his UK visa was not renewed due to political tensions between the UK and Russian governments.

Though there have been multiple reported bidsfrom prospective ownersin recent years, in a rare interview, Abramovich didnt sound like he was ready to sell.

“The ambitions are as true now as they were when I first became owner and I hope that can be seen through the work we have been doing on and off the pitch over the last 17 years,"Abramovich told Forbes.

“I think the trophies speak for themselves and show what we as a club have been able to achieve over these years, and it’s my goal for us to keep winning trophies going forward and build for the future.

“Chelsea has a very rich history, and I feel extremely fortunate to play a part in that. The club was here before me, and will be here after me, but my job is to ensure we are as successful as we can be today, as well as build for the future."

Abramovich also defended his clubs revolving-door policy at the managerial position, with the Blues having featured 15 head coaches in his 18 years as owner.

The owner saidChelseas culture is “definitely focused on performance, it is at the same time supportive, inclusive and diverse. Both elements are critical to our success and one does not work without the other.”

“I think we are pragmatic in our choices. And we are comfortable making the right changes at the right time to ensure we can achieve our long-term ambitions.

"I hope it also says something about the clarity of the long-term ambition of the club. Those who join understand the objectives both on the pitch, as well as the wider positive role the club plays in the community.”

Abramovich has helped transform the Blues into one of Englands top clubs since he took over in July 2003.

This season the Blues are looking to avoid going two campaigns in a row without a trophy, with the clubs most recent silverware coming when they won the Europa League in 2018-19.