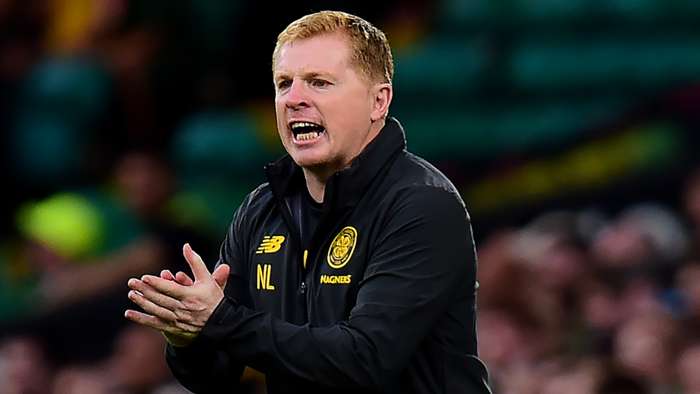 Celtic manager Neil Lennon was disgusted to find out that someone from within the club had leaked the team's starting XI for Saturday's Old Firm derby against Rangers.

Celtic's team for the clash was published online prematurely and Lennon fears his job will be made even more difficult if they cannot maintain privacy within the club as they look to seal a 10th consecutive league title.

"I don't know, it's not great. Somebody within the club is doing us in, basically, and that's disgusting, I think," he told BBC Sportafter the defeat.

"We'll try to get to the bottom of it, we'll work at it. It's very disappointing.

"Of course it does make my job more difficult. I keep talking about a sense of privacy around our club but that doesn't seem to be the case for some people. That's very disappointing from my point of view.

"We've got a run of games now where hopefully players will get fitter, sharper and we get players back from illness as well, then things will start looking better, but this match was always going to be an uphill task."

Lennon admits his side were second best to Steven Gerrard's team, but said fitness issues had a role in the performance.

"It looked like what we were, a team put together the day before the game. We gave away two poor goals. Rangers defended their box better than we did, particularly for the second goal we should have done better," he added.

"I'm disappointed that we conceded again from a set-play. Then we missed a great chance,MohamedElyounoussi is clean through. Then the psychology of the game changes, when you're 2-0 down you're really chasing the game.

"We've got players who aren't fully fit coming on and didn't have the impact that we were hoping they would have. Look at the players that aremissing, your James Forrests, Odsonne Edouards, Albian Ajeti's not fully fit,Leigh Griffiths isn't fully fit, so you've got three main strikers not available to start the game so we accepted that, but we still created decent chances, particularly in the first half.

"People can make it out to be whatever they want it to be. For me it's a defeat. We've got a game in hand, we have to maximise that, win the game and stay in touch, get players fitter and sharper.