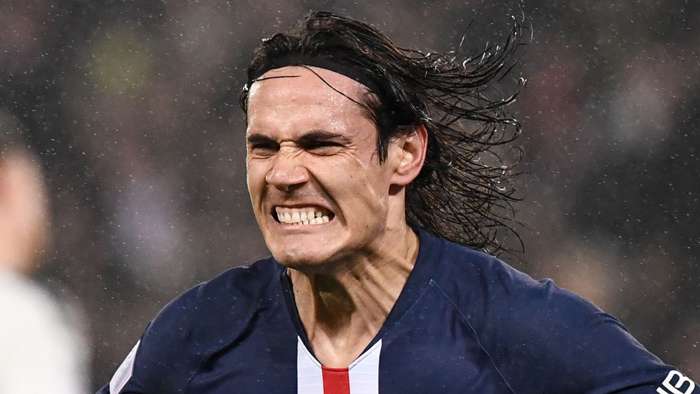 Edinson Cavani will not be available for Manchester United’s next game against Newcastle as the striker has been forced to self-isolate.

However, Cavani will not be available for the fixture on October 17 as he is forced to self-isolate for 14 days in line with the government’s Covid-19 quarantine rules.

The Uruguayan forwardflew in from France on Sunday, a country that is not on the UK's travel corridor list and thus requiresthose that arrive in England to self-isolate.

There is an exemption in place for elite athletes but that rule only applies if the player enters the UK from a secure bubble where they are regularly tested.

Indeed, any players returning from international dutywill be fine to return to training and will not have to quarantine.

United have now confirmed that Cavani will be required to follow the isolation programme after seeking clarification from the government over the rules, releasing the following statement on their website: "Cavani is being forced to self-isolate due to the COVID-19 guidelines, following his arrival into the country from France, which means he is unable to make his debut at St James' Park."

His 14-day isolation period will end on October 18, the day after United face Newcastle in the Premier League, and he should therefore be available to face former club PSG in the Champions League.

Another deadline-day signing Alex Telles is currently away with the Brazil national team and will not face the same restrictions as Cavani ashe is in an elite bubble.

Cavani has been given the famed No.7 shirt following his arrival at Old Trafford and is looking forward to playing in front of the club'sfans.

"I have played in front of some of the most passionate supporters in football during my career and I know that it will be the same in Manchester,"he said.

"I cannot wait to experience the Old Trafford atmosphere, when it is safe for the fans to return. My conversation with the manager has increased my desire to wear this beautiful shirt."