Buying Americans, copying Atalanta & Tacopina's plans to make Catania 'one of the greatest teams in Italy' 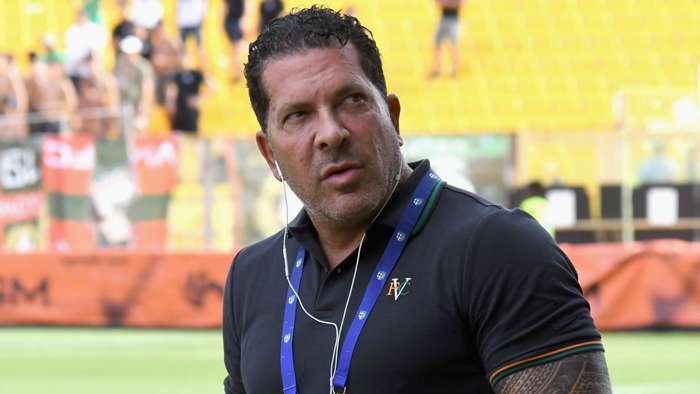 American investor Joe Tacopina has outlinedhis plan for returning Catania to glory as he hopes to seal a deal to acquire the Italian side.

The Italian-American lawyer is now looking to acquire Catania, a club among the most popular in Italian football that has now fallen on hard times.

Catania had been in Serie A as recently as 2014, but now sits in the third division, having been relegated from Serie B in 2015.

The club was recently saved bySIGI, a group made up of a group of local entrepreneurs, and Tacopina is one of several potential new owners looking to get involved with the club

Currently, SIGI are fielding three offers for the club with an answer expected by the end of the month, and, should his bid prove successful, he hopes to rebuild the club by taking inspiration from one of Serie A's brightest teams.

"When I talk about the Atalanta model I think about their management of the club," Tacopina told Goal .

"I like it a lot and I hope it can be replicated.The key points must be scouting and investments in the youth sector aimed at the growth of the players and we can do all this by making the most of Torre del Grifo. Then we have to develop the culture of the club."

He added: "It is an underestimated, underrated brand.Catania is one of the largest cities inItalyand has the right to aspire to have one of the strongest teams in Italy.

"The potential is there, because in football the potential of a team is largely due to the passion of the fans.And that is certainly not lacking."

Several top Italian clubs are owned by American investors, with Roma, Parma, Fiorentina and AC Milan all operated by owners in the U.S.

It is a trend that has occurred all over Europe, with the likes of Arsenal, Manchester United, Liverpool and Marseille all being run by American investors.

Tacopina expects that trend to continue and, if he does prove successful in his bid to acquire Catania, he hopes to bring several American player to the club at some point.

"Clearly it is too early to talk about this too but yes, it is one of the possibilities that we will evaluate in a few years," he said."When Roma signed Michael Bradley, many Americans started following Roma.The same could certainly happen for Catania."

"In theUnited States,there are many people of Sicilian origin," he added. "It would be nice to make them fond of Catania, which they may have heard little about but which could become a passion for them too because of their origins."

Tacopino says the big aim is to get Catania back into Serie A, where he believes the club belongs due to its stature.

He's experienced promotion before, with Venezia and Bologna, and Tacopino believes achieving that with Catania will be vital in waking up a sleeping giantin Italian football.

"I became president ofBolognain 2014 and at the end of the season we went toSerieA," he said."Then, the following year, I won the Serie D championship with Venezia.The following year, together with Pippo Inzaghi, we won the Serie C and returned to B. So in three years I made three promotions, in three different leagues.It's a record, isn't it?A record, I believe."

He added: "It is a pity that this is the case, but it is another of our goals. We must make everyone understand that Catania retains its history, its identity, but that now a new chapter has begun and we must ensure that the errors of the past do not weigh us down.