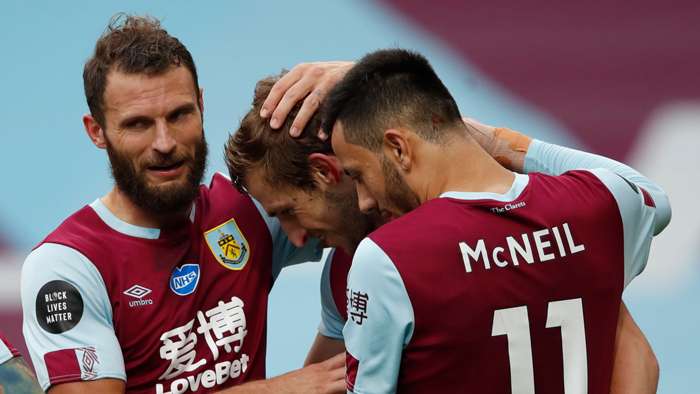 Burnley need a point against Brighton in their final game of the season to record their best ever Premier League return.

Brighton have picked up just nine points since the restart, the fifth-fewest in that time, but it has proved enough to secure another season in the Premier League.

Burnley have won 15 games this season and bet365 make them 11/8(2.38) favourites to pick up a ninth victory of the calendar year.

Brighton have managed just three away wins this season and it is little surprise to see them as 2/1(3.0) outsiders when they visit Turf Moor on Sunday.

Six of the last eight meetings between these sides have finished level and another stalemate can be backed at 12/5(3.40).

Sean Dyche will likely stick with a similar, if not the same, side that beat Norwich 2-0 last time out, meaning those facing a race to be fit are unlikely to feature anyway.

Steven Alzate and Jose Izquierdo are both still injured for Graham Potter’s men, but Alireza Jahanbakhsh could feature after six months out.

The lack of impetus for both sides in this game should hopefully lead to a fairly open affair, with Burnley guaranteed a top half finish and Brighton only able to move up one place in the league.

Dyche’s side have been in a good run of form in the final third, scoring in each of their last seven games, and will back themselves to continue that streak against a Brighton team that has shipped 13 goals since the restart.

Although the Clarets only scored twice against the nine men of Norwich last time out, they had nine shots on target and were unlucky to not double their tally at the very least.