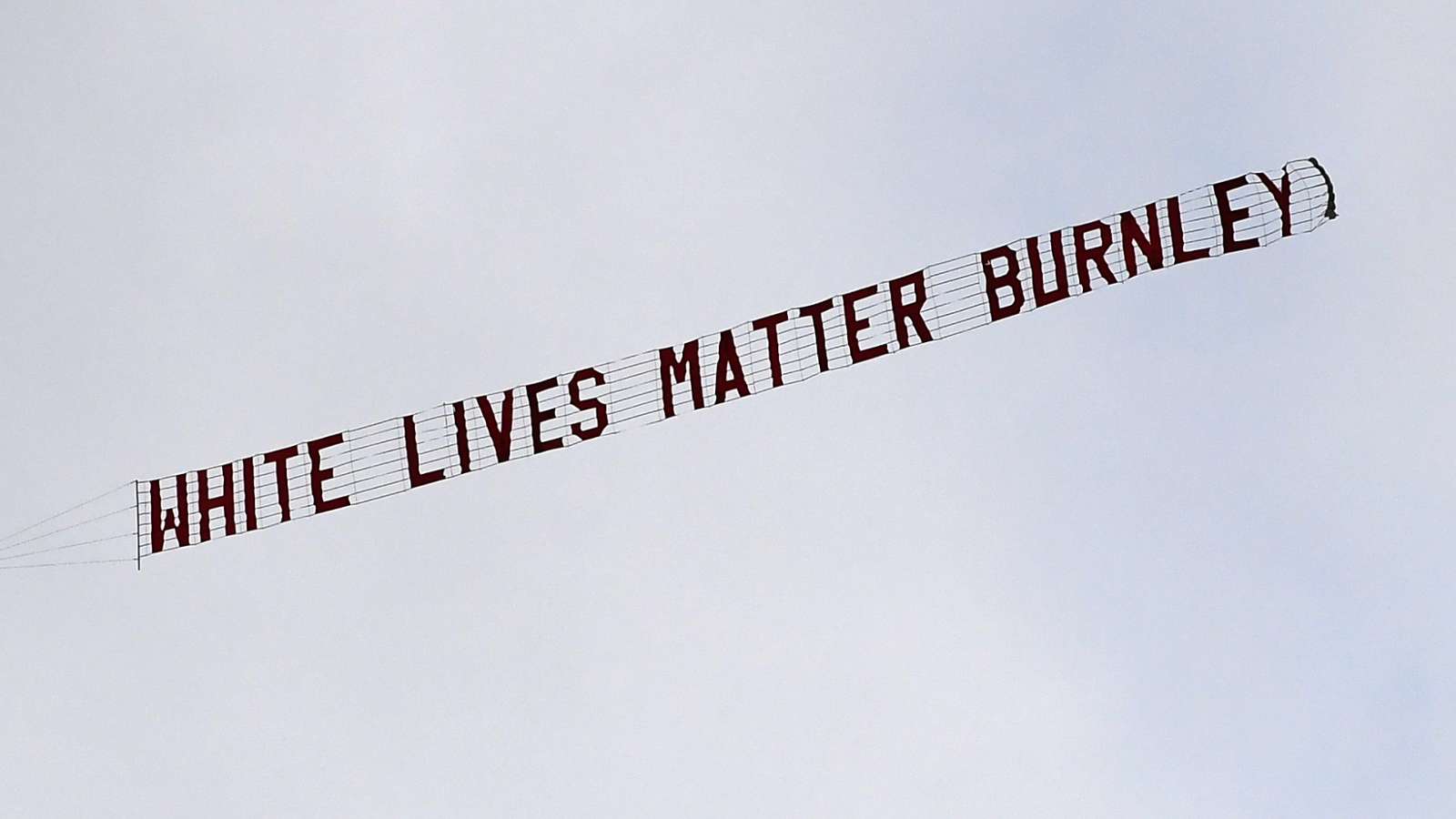 Burnley CEO Neil Hart has labelledthe flying of a banner that read White Lives Matter Burnley during his side's defeat at the hands of Manchester City as "disgusting".

Monday's Premier League clash was marred when a small aircraft flew over the Etihad Stadium carrying the message just moments after players from both sides knelt in support of the Black Lives Matter movement.

City went on to win 5-0, with Phil Foden and Riyad Mahrez both bagging doubles and David Silva also finding himself on the scoresheet.

The actions of the fans that hired the plane and banner have invited wide condemnation, with Burnley captain Ben Mee admitting he was "ashamed and embarrassed" by the incident,and Hart added his voice to their critics with a furious attack on Tuesday.

"I was disgusted to sit in the directors' box of the Etihad and see that plane fly over the stadium," the CEO explained toBBC Sportwhen asked about the incident.

"It's not good, we stand in solidarity with our players, with our stakeholders, our management team, with our community and our town, and we will continue to be very strong in our words against any form of discrimination.

"I think disgusted is the word I would use."

Hart went on to confirm that the individual or individuals behind the banner would no longer be welcome at Turf Moor.

"We are working very closely with the authorities, we believe we know who is responsible, a police investigation has been launched and we will be issuing lifetime bans to those individuals, 100 per cent," he added.

"I still see that as an opportunity and we will continue to develop and evolve our work in that space, and I will make it one of my top priorities over the coming months and yearsto continue this fight."