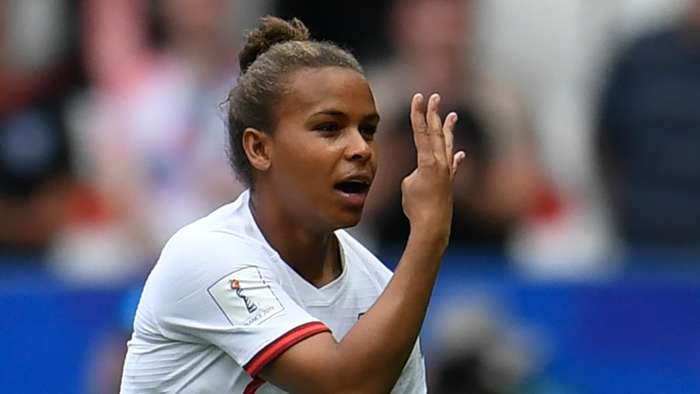 Lucy Bronze and Nikita Parris have made their return to the England squad after being named among the 28 players that will face Germany later this month.

Phil Neville has also picked seven uncapped players for the squad that will travel toWiesbaden, withMillie Turner, Esme Morgan, Niamh Charles and Ella Toone receiving their first call-ups for a senior international fixturehaving beenbrought into the England camp last month for a couple of in-house friendlies.

It will be England's first fixture since March of this year, when they faced the United States, Spain and Japan in the SheBelieves Cup.

“It’s exciting to be facing top-class opposition again after such a long lay-off since theSheBelievesCup earlier this year," Phil Neville said.

"Germany are currently ranked second in the world so there’s no doubt it will be a tough test for us, but a vital one, as we measure our progress against one of the best teams in the world.

“It will give us a clear idea of where we’re at in terms of our squad depth and development as we prepare for the homeUEFAEuro in 2022. We want to compete for the highesthonoursin world football and that means challenging ourselves against the very strongest opposition.

“I was impressed with the performances of a number of younger players who joined our senior squad last month and I look forward to seeing their further integration and development during this camp. This is an exciting period for England players of all ages and experience to stake their claim for a place in the squad as we build towards upcoming major tournaments.”

Goalkeepers Sandy MacIver and Hannah Hampton are also among the uncapped names, along with Grace Fisk, the West Ham United defender, in a squad that once again has a very youthful feel to it.

Arsenal midfielder Jordan Nobbs misses out due to injury, with club team-mate Lotte Wubben-Moy also dropping out of the squad along with Manchester United midfielderKatie Zelem, who had to withdraw last month after testing positive for Covid-19.