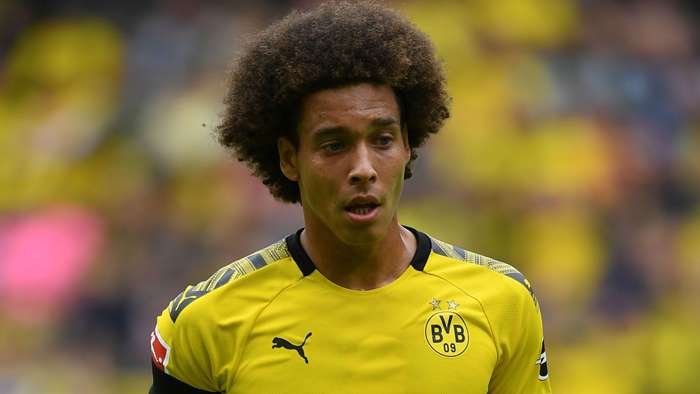 Borussia Dortmund midfielder Axel Witsel has suffered a tornAchilles tendon and will be out for an "extended period of time", the club confirmed on Sunday.

Following an initial prognosis overnight, Dortmund confirmed the extent of the 31-year-old's injury, with the club refusing to set a timeline on a return for the playmaker.

However, it is highly likely that he will miss the rest of the season, with reports in Witsel's home nation suggesting that he may be a doubt for the rescheduled Euro 2020 tournamentwhich is due to start on June 11.

With over a hundred caps to his name for Roberto Martinez's side, he was expected to play a major part as world No 1 sideBelgium seek a maiden major competition success.

"Unfortunate news," the club confirmed in a statement on social media. "Axel Witsel suffered a torn Achilles tendon during yesterday's match and will be out for an extended period of time. We all wish Axel a speedy and successful recovery."

Witsel first arrived at Dortmund in the summer of 2018, having signed on a four-year deal from Chinese Super League club Tianjin Quanjian, and on the back of featuring in Belgium's run to a third-place finish at the World Cup in Russia.

He previously spent time withStandard Liege in his home country, as well as Benfica and Zenit, winning major domestic honours with all three teams.

Since arriving atSignal Iduna Park, Witsel has emerged as a core senior player within the squad, helping to usher through a new generation of talentsincluding Jadon Sancho and Erling Haaland.

He starred in the club's2019 DFL-Supercup victory over Bayern Munich as Lucien Favre's side claimed a convincing 2-0 win, although he has been unable to help Dortmund break their barren streak in the Bundesliga.