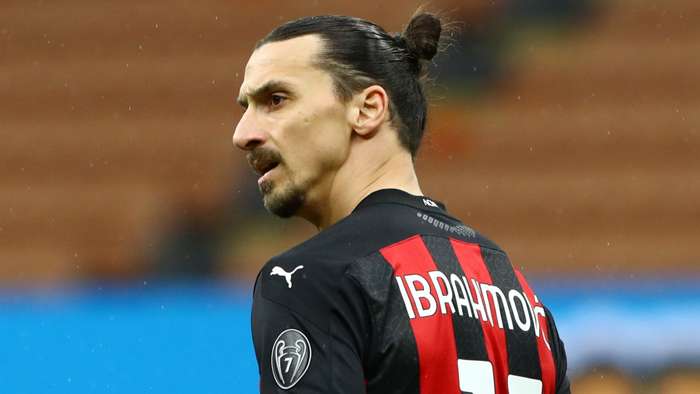 Zlatan Ibrahimovic is set for a reunion with Manchester United in the Europa Leagueafter the AC Milan striker returned to training on Tuesday.

Ibrahimovic was forced to sit out the first leg of the last-16 tie at Old Trafford due to injury, with the Rossoneri managing to earn a 1-1 draw against the Red Devils in his absence.

Milan could even have come away with a victory were it not for some poor finishing and a controversial VAR decision, but they will now likely have their star striker availablefor the return fixture at San Siro.

Ibrahimovic suffered a thigh muscle tear after featuring in Milans 2-1 win at Roma in Serie A on February 28.

The 39-year-old then missed subsequent domestic games against Udinese and Verona before being ruled out of the first meeting with United last Thursday.

He was also unavailable for selection during Milans 2-1 loss to Napoli at the weekend, but did manage to return to light training on Monday.

Ibrahimovic has since takenpart in a full session with the first team, and Stefano Pioli will now have to decide whether or not to start him against the Red Devils on Thursday.

Ibrahimovic took in a two-year spell at Old Trafford between 2016 and 2018 after joining the club as a free agent, winning three trophies along the way, including the Europa League and Carabao Cup.

The Swedish frontmanscored 29 goals in 53 games for United in total, but eventually ended up leaving for a new adventure in MLS with the LA Galaxy after his progress was hampered by a serious knee injury.

Ibrahimovic returned to Milan for a second spell at the club in January 2020, and scored 11goals in his first 20 domestic matches to earn a one-year contract extension.

The veteran striker has been even more prolific this season, netting 16 times through 21 appearances in all competitions, but has also missed 20 games due to a combination of injuries and a positive coronavirus test.