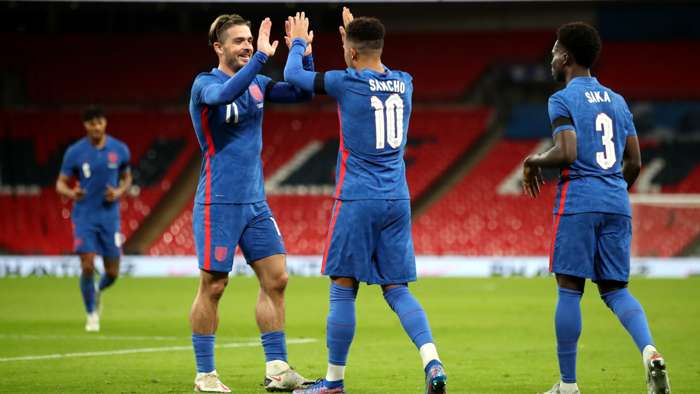 England will be looking to leapfrog Belgium into top spot in their Nations League group when they travel to Leuven on Sunday.

Having run out 2-1 winners over this opposition in October’s reverse encounter at Wembley, they are available at 2/1 (3.00) with bet365 to move a point clear of their hosts with another victory here.

However, Roberto Martinez’s men are undefeated in 23 matches on home soil and are 11/8 (2.38) favourites to pull clear in first place by coming out on top.

The hosts are yet to draw any of their eight fixtures in this competition, but you can get odds of 9/4 (3.25) on them being held to a stalemate in this one.

Leandro Trossard, Alexis Saelemaekers and Hendrik van Crombrugge have all been forced to withdraw from the Belgium squad due to injury, while Eden Hazard is unavailable after testing positive for coronavirus.

Joe Gomez has been ruled out after sustaining a potentially season-ending injury in training this week, with James Ward-Prowse and Trent Alexander-Arnold having already withdrawn due to injury.

Although the Irish opposition was far from impressive, Gareth Southgate will have been pleased to see his team bouncing back from their frustrating Denmark defeat with a three-goal haul and some exciting attacking displays from the likes of Jack Grealish and Jadon Sancho.

They will certainly back themselves to cause more problems for a Red Devils team that has looked far from secure in defence of late - keepingjust one clean sheet in eight matches in all competitions.

However, the hosts are still as dangerous as ever at the other end of the pitch, hitting the net in each of their last 23 consecutive fixtures and averaging exactly four per 90 minutes over the last eight home fixtures.