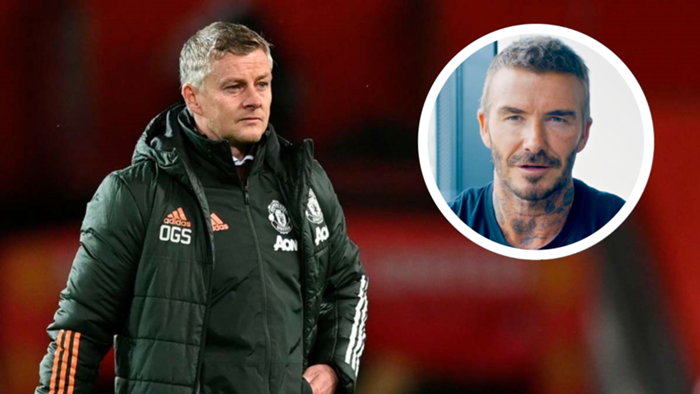 Solskjaer took over from Jose Mourinho in December 2018 and has had ups and downs at Old Trafford, but has United poised for a second straight top four finish under his watch.

Beckham, now a co-owner at Inter Miami, played withSolskjaer at United between1996 and 2003, winning five Premier League titles together as well as the Champions League in 1998-99.

"Oles been in the game long enough to be able to take any kind of criticism. Hes very quiet, he gets on with his job, and I think hes done an incredible job down at United.

"The results are starting to show that. Hopefully it continues because the fans love Ole, we all love Ole and we all want him to do well. So when the criticism comes, hes one person that can take it."

Solskjaer has had a mixed record as Man Utd manager, performing relatively well in the Premier League while falling short in other competitions.

In 2019-20, his first full season as United boss, Solskjaer led the club to a third-place finish in the league but lost in the semi-final stage of the CarabaoCup,FA CupandEuropa League.

Solskjaer has United in second place in the league this term, but the Red Devils are14 points back onfirst-place ManchesterCity with a game in hand.

United have also been eliminated from the Carabao Cup, FA Cup and Champions League, though they have now advanced to the last eight of the Europa League.

Shaw admits to no confidence under Mourinho

‘Why buy him then?’ – Man Utd’s treatment of Van de Beek puzzles Ferdinand