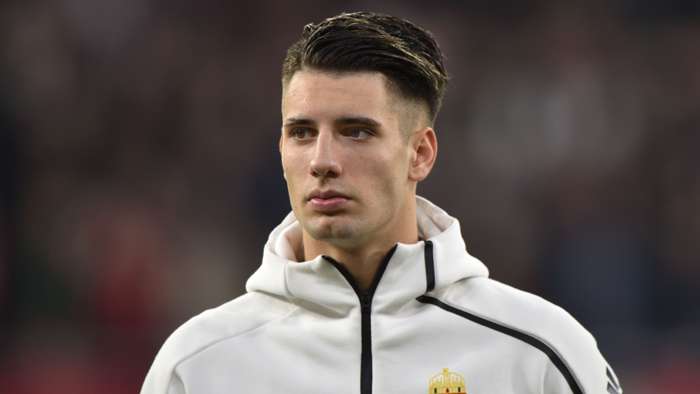 Lothar Matthaus has suggested Bayern Munich have an interest in Dominik Szoboszlai, a player he has described as a ‘gem’ who is being compared to Hungarian great Ferenc Puskas.

Bayern great Matthaus feels every top club in Europe is monitoring a player whose stock increased further last week when he scored a superb solo goal to secure Hungary’s place in next summer’s European Championship.

With the scores level heading into injury time, Szoboszlai picked up the ball in his own half, drove at the Iceland defence before arrowing a shot into the bottom corner to seal victory for Hungary.

Matthaushas connections to Hungary and Bayern, having coached the former and played a large chunkof his career for the latter, and he feels Szoboszlai is out of the top drawer.

“He is a gem,” Matthaus said in an interview with Munchner Abendzeitung. “He’s like Kai Havertz.

“He could move to RB Leipzig in January, but I'm convinced that every top club in Europe has him on their list, including FC Bayern."

Bayern are not short of attacking talent, which they added to in the summer with the capture of Leroy Sane from Manchester City.

However, as European champions, Hansi Flick’s side will be well aware of the need to keep growing - and Szoboszlai does look to have enormous potential.

Szoboszlai is at the fledgling stage of his career, but Hungarians feel they have a potential great on their hands - with Matthaus revealing that the nation believes he could be the successor to its greatest player, Real Madrid legend Puskas.

“In Hungary, Szoboszlai is already being compared to the great Ferenc Puskas,”Matthaus said.

Comparisons to a player who won five league titles with Real Madrid and was named the best player at the 1954 World Cupwill only increase the pressure on the attacking midfielder.

But if his goal against Iceland is in any way a barometer, Szoboszlai looks capable of scaling great heights in the game.