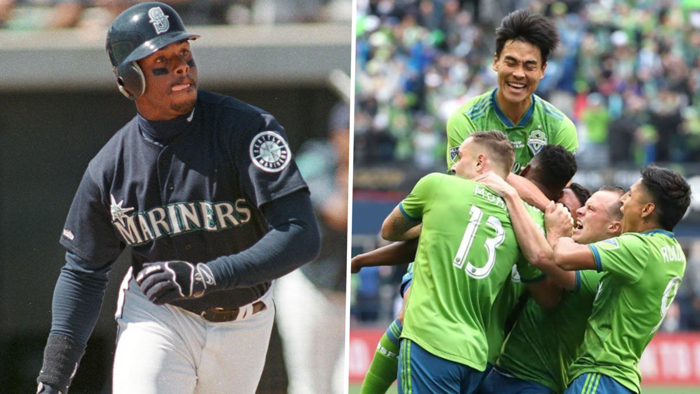 Major League Baseball Hall of Famer Ken Griffey Jr. has joined the ownership group of the Seattle Sounders, the club announced on Tuesday.

Griffey Jr. is one of Seattle's most recognizable sports figures, having become an all-time great during his time with the Mariners from 1989 to 1999 and then again from 2009 to 2010.

With 630 career home runs, Griffey Jr. is seventhin MLB history, and was elected to the Hall of Fame in 2016.

Griffey Jr. has said his desire to join the Sounders ownership group came in part from his reaction to the team's crowds, which can reach nearly 70,000 atCenturyLink Field.

“I wanted to be a part of something, not only for myself, but for my kids to be proud of,” Griffey Jr. told the Sounders website. “This is it.”

“It was loud,” he said of the noise from the stadium he heard from his downtown apartment when the club kicked off in 2009. “As a player, when a stadium is loud, that’s what you want. When new things come in, the city is behind you, they want you here.”

The Sounders have won a host of trophies since they joined MLS as an expansion team in 2009, including two MLS Cups, one Supporters' Shield and four U.S. Open Cups.

Griffey Jr. has said he is looking forward to continuing the club's winning tradition.

“You always want to be a part of a winning team,” he said. “To be on a championship-caliber team and an organization that wants to win and wants to compete and wants to go out there every single game and put the best product on the field, not only for the guys who are in that locker room, but for the 70,000 people who are watching in the stadium and the people who are sitting at home watching, that’s important. You want a winner.