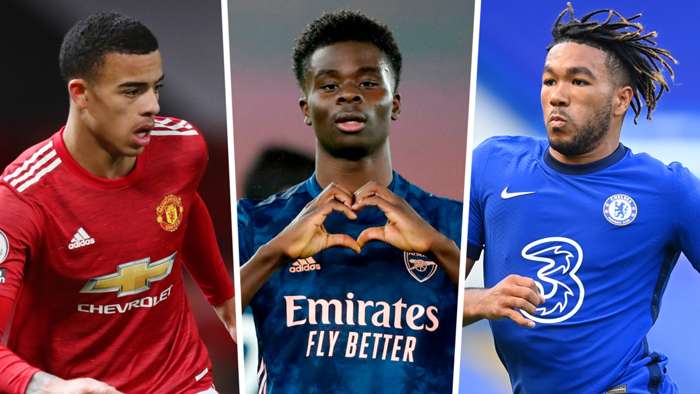 Arsenal midfielder Bukayo Saka has sought to piece together the perfect FIFA Ultimate Team player from the best young talent in the Premier League.

He considers himself to be a contender to fill a FUT role in the dribbling stakes, but is prepared to acknowledge the skill sets of Gunners team-mates and Manchester United, Chelsea and Manchester City rivals when it comes to ticking other boxes.

Saka has been speaking to the Premier League’s official YouTube channel and said when asked to fill the various FUT categories: “Shooting, Mason Greenwood. Both feet, he's amazing and I think that's one of his best qualities.

“Defending, Aaron Wan-Bissaka. I've rarely seen him get beaten, so I'd say him. When I played against him, I didn't find myself a lot in those situations, but I could feel what he wanted to do as I've obviously seen him play before. It's about not going into the trap he sets for you.”

On the passing front, Saka said of Arsenal colleague Emile Smith Rowe: “He hassettled in perfectly, he was patient for his opportunity and I think he deserved it. When he got it he took it and showed the impact he can make for the team.

“He’s a livewire across the pitch, he’s everywhere, he will run into space, pass into space and create opportunities for all of us. I love playing with him and I’m really happy with what he’s done in the team since he’s come in.”

“His technical ability is amazing as well. He’s good enough not just to play right-back but can also play in midfield as well.

“He’s that good for me. The combination of his technical and physical skills makes him so good.”

Gabriel Martinelli got the nod on a pace front, with Saka saying of the Brazilian youngster: “Just watch him play and press, the way he goes, he doesn’t stop.

“He’s not only just fast, he can also run a long distance at that same speed and just get faster.

“You look at hisChelseagoal last season - he didn’t slow down or get tired. It’s not just his pace it’s his engine as well. It’s crazy. It’s like he’s got a battery pack on his back.”

There are a number of talented teenagers illuminating a Premier League stage at present, with top-flight managers prepared to put faith in youth and resist the urge to invest heavily on ready-made stars by turning to home-grown talent instead.

Arsenal have been doing that this season under Mikel Arteta, much to the delight of Saka and Smith Rowe, while players of considerable promise can be found on the books of every team in the English top-flight.