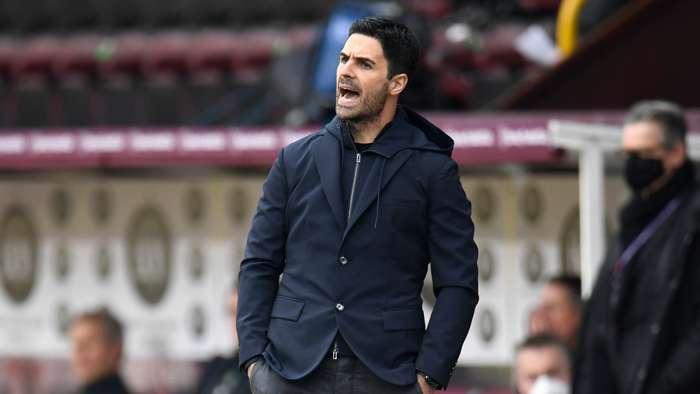 West Ham manager David Moyeshas said it would have been “ludicrous” for Arsenal to have sacked Mikel Artetaearlier this season.

Arteta was under pressure after Arsenal went on a miserable run earlier this season, leading to speculation he could lose his job after only being appointed in December 2019.

But the Spaniard has led Arsenal to a turnaroundwith the club going8-3-3 in their last 14 Premier League matches, though the Gunners still sit in 10th place. Arsenal have also reached the Europa League last eight.

"If they had even considered making a change at Arsenal, it would have been ludicrous,” said Moyes, who coached Arteta during the Spaniards time as a midfielder at Everton.

“I think it would have been an incredibly stupid thing to do on someone who has already come in and won a couple of trophies. But that would be easily forgotten about, as if that was easy to do.

“Everybody knew he was going to have to take time to change. He’s got to be given an opportunity to do so.

“So, if that had even been considered by the media, or considered by the club, then I can only have seen it as being the wrong decision, because Mikel needs time - as all coaches need - but I think especially when you step into a job like that.

“If anything, you need to be given a bit of opportunity to turn it around.”

The Arsenal boss spoke highly of the influence Moyes had on his career, as the two managers get set to face off when Arsenal visit West Ham on Sunday.

“He was the one that introduced me to the Premier League and he has been a huge influence,” said Arteta.

“First of all on a personal level because I think he made me a better person, made me mature in the earlier stages of my career.

“He was really demanding and challenging but at the same time really, really supportive.

“I learned a lot as well as a footballer, I think he made me a much more complete player, he made me play in different positions and gave me a lot of responsibility as well. I have great memories with him and we had some great times together."