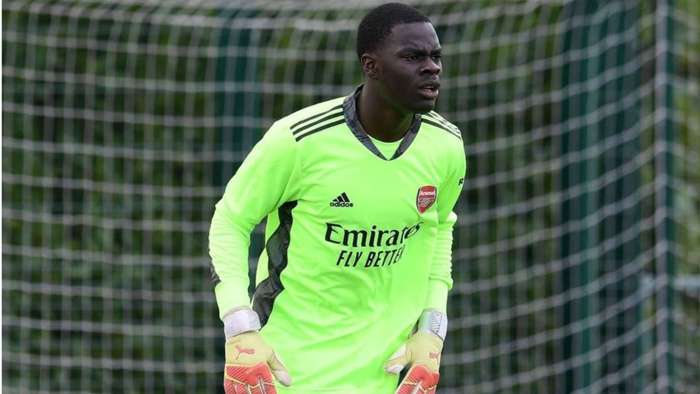 Should Ejeheri impress English national team selectors, he could be handed a call-up to England’s squad ahead of preparations for the 2021 Fifa U20 World Cup billed for Indonesia.

Speaking to Goal through his representative Segun Jegede of Utmostt Sports Management, the teenager revels in this opportunity that will help him ‘showcase’ his talent as well as boost his professional career.

“I feel it’s a very good opportunity for me to showcase my talent and put myself in the mix,” Ejeheritold Goal.

“I've been working hard at Arsenal for over a decade. I'm happy that the work I've been putting in is being noticed by the English FA and coaching staff.

“It's definitely a means of progression for my career. It's a development that will challenge me to keep raising the bar in my career endeavours.

“It's a step in the right direction for me to get more recognition in the England set-up.”

Born in Greenwich, London to a Nigerian father and a mother from Uganda, the goalkeeper could spark a selection war between Uganda, Nigeria and England in future.

Ejeheri, whose football role model is Italy’s Gianluigi Buffon also talks about his future and the height he would love to reach.

“My goal in the next three years is to play regular first team football at club level and represent England or Nigeria at international level,” he continued.

“I look forward to the challenges of professional and international football at the highest level.”