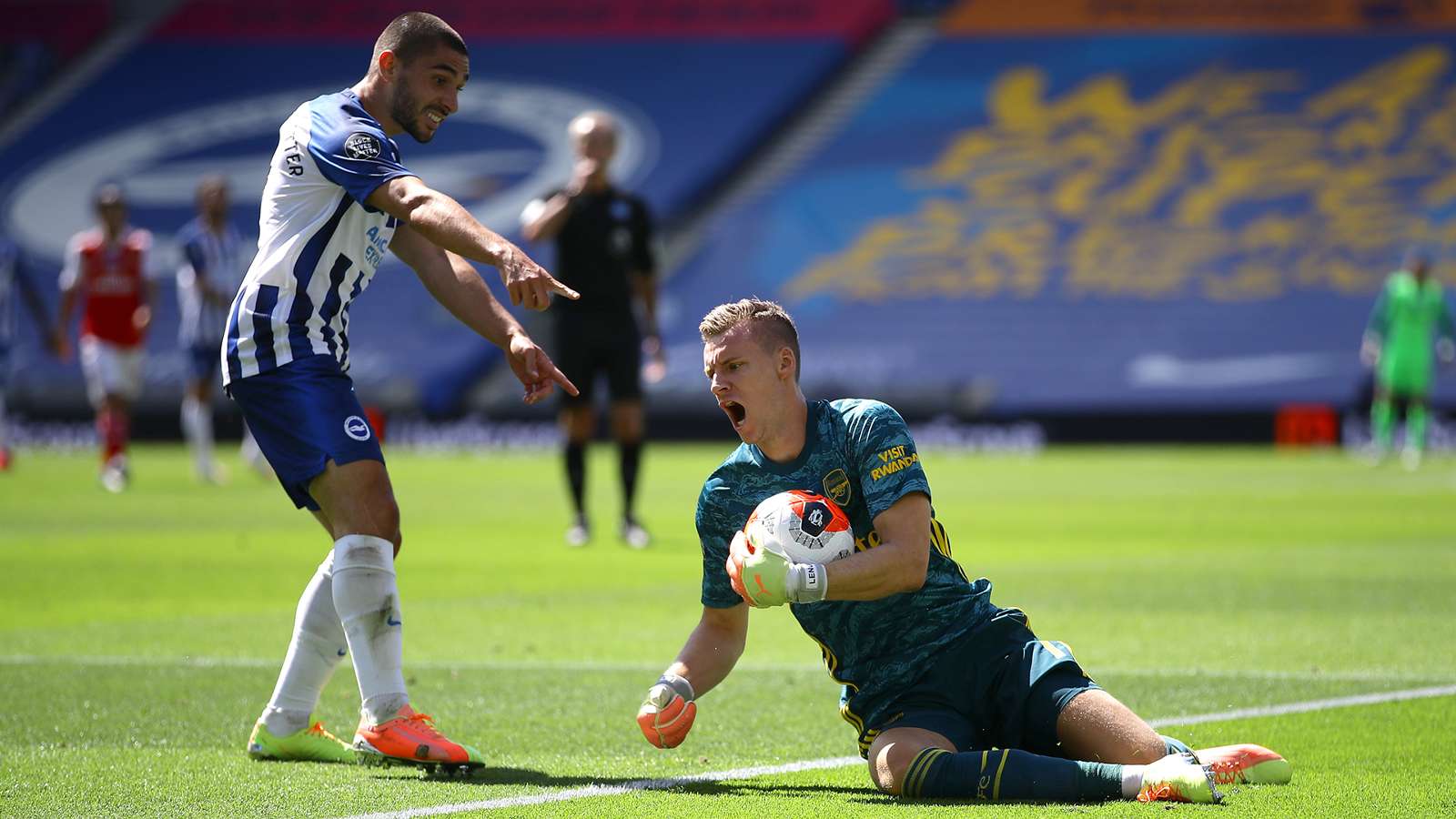 Arsenal have confirmed that Bernd Leno suffered a sprain to his right knee against Brighton, ending fears that the goalkeeper could face a lengthy injury lay-off.

Leno was hurt during Saturday's clash after contesting a ball with Brighton striker Neal Maupay, and had to be taken off on a stretcher as Emiliano Martinez came into the action.

In his absence, Arsenal took the lead through Nicolas Pepe but later faltered, with Lewis Dunk and Maupay himself scoring to secure three points for the relegation-threatened Seagulls.

The Gunners initially feared that Leno may have suffered damage to his cruciate ligament, with manager Mikel Arteta stating after Saturday's game: "Bernd’s injury doesn’t look good, we have to assess it tomorrow to know what’s happening.

"We don’t know if it’s a cruciate injury, he is still in some pain. We will have to wait until tomorrow at least to see how bad the damage is."

On Tuesday, though, the club released a medical update on several injured players, with good news to share about their No.1.

"Sustained moderate ligament sprain during Brighton & Hove (a) on Saturday. Aiming to return to full training in four to six weeks."

Arsenal also welcomed back Sokratis and Granit Xhaka, who have both resumed full training after suffering a thigh strain and ankle sprain respectively.

But the north London club are bracing themselves for bad news over young sensation Gabriel Martinelli, who pulled up with a knee complaint during training.

Should examinations show damage to the cartilage, Martinelli could well join the likes of Pablo Mari, Lucas Torreira and Calum Chambers in missing the rest of the 2019-20 campaign, while Leno is also unlikely to feature again with Arsenal's final match of the Premier League campaign five weeks away.

Arsenal are back in action on Thursday, when they travel to St. Mary's in order to take on Southampton before resuming their FA Cup campaign three days later away to Sheffield United in Sunday's quarter final.