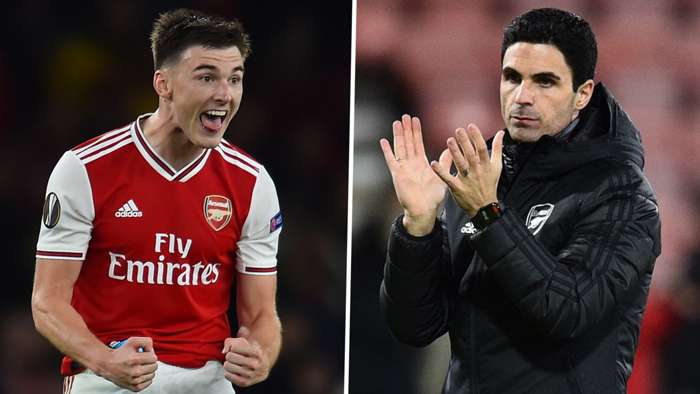 Mikel Arteta still hopes to have Kieran Tierney available to face Manchester City on Saturday,despite the defender still being in coronavirusself-isolation in Scotland.

Tierney, who had been playing a computer game in a hotel room with Armstrong, tested negative for Covid after his team-mate's positive result, but still had to remain in Scotland due to regulations imposed by the government.

Discussions have been taking place between Arsenal and the authorities ever since, with the north London club requesting to bring Tierney back to the England in a private car.

So far that request has fallen on deaf ears, but there are further talks planned on Thursday afternoon and Arteta is hopeful Tierney will be given the green light to return to London.

“I hope so,” said the Arsenal boss, when asked whether the left-back would be available to face Manchester City on Saturday. “This is getting very complicated when you are sending players abroad and obviously you lose control.

“Some authorities have different regulations to the actual ones in the Premier League. We are still having some discussions with the authorities and hopefully we will know more this afternoon.”

Meanwhile, Arteta says he will see how new signing Thomas Partey reacts to his first couple of training sessions before deciding whether he can play a part at Etihad Stadium this weekend.

Partey arrived at London Colney on Tuesday and will have his first training session with his new team-mates on Thursday following his£45 million ($58m) deadline daymove from Atletico Madrid.

The Ghana international has stated he is ready to play this weekend, if called upon, and Arteta has suggested he could be involved.

“He is getting familiar with everything around the club, today Thursdayhe will have his first session, so everything has to come really quickly for him,” said the Gunners boss. “He is fit, he is very willing to start playing, so we will how he goes in the next few days.”