Allan: My kids love Ronaldo but his Juventus shirt is banned in my house! 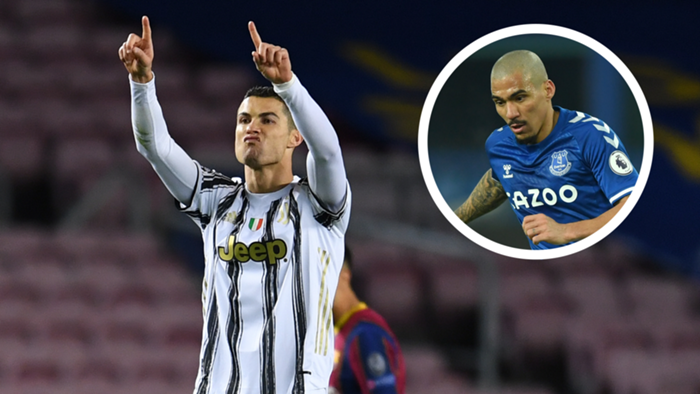 Everton midfielder Allan says that his two children idolise Cristiano Ronaldo, but he will not let them wear the Portuguese stars Juventus kit.

Allanrecently shaved off his hair as a show of solidarityfor nine-year-old Miguel, who suffers from alopecia.

Miguel and Allans daughter Manuela are both massive Ronaldo fans, although hell only let them wear their idols iconic Real Madrid shirt.

"They are big fans of Cristiano Ronaldo so he has always had a Ronaldo shirt, however he is not allowed to have a Ronaldo Juventus shirt because they are massive rivals of Napoli, so there are a lot of Real Madrid No. 7 shirts at home.

"That is normal. The kids always dream about scoring goals and idolise the goalscorers, my son is no exception."

The Brazilian midfielder signed with Everton this summer, moving from Napoli in a£22m ($30m) deal.

Hes featured 17 times for the club this season, with Everton currently sitting seventh in the Premier League.

The Toffees are set to face Manchester City on Saturday in the quarter-final round of the FA Cup.