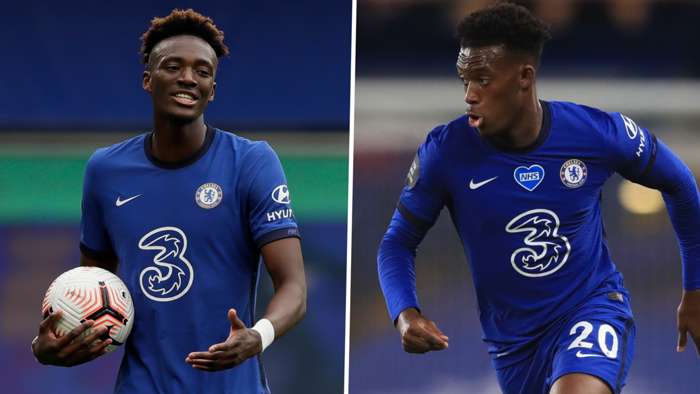 Tammy Abraham and Callum Hudson-Odoi have been warned that they are in danger of seeing “pecking order moves again”, with Pat Nevin reflecting on changes in Chelsea and England camps.

Attacking additions formed part of that process, with the likes of Timo Werner, Kai Havertz and Hakim Ziyech acquired.

They are still finding form and fitness, but their presence threatens to limit the game time seen by others.

The same is true for Abraham and Hudson-Odoi at senior international level, with the former being dropped from Gareth Southgate’s plans after breaching coronavirus protocols and the latter only making the U21 squad for the October round of fixtures.

Former Blues winger Nevin has told the club’s official website of the challenges being faced by home-grown stars: “You have to enjoy these moments because it can all change very quickly, no matter how high you are flying at any time.

“Callum Hudson-Odoi looked like a stick-on for a place in that team, as did Ruben Loftus-Cheek, but if things do not go your way there are plenty of players ready, willing and very able to show they are hungry enough to grab it themselves.

“What about Tammy Abraham as well, he looked like he was nudging Harry Kane out of the way for that No.9 shirt with the three lions on the front, but suddenly Dominic Calvert-Lewin hits an incredible run of form and the pecking order moves again.”

While Abraham and Hudson-Odoi have been enduring a tough time, two other Chelsea academy graduates have enjoyed productive international breaks – with Mason Mount finding the target for England in a UEFA Nations League clash with Belgium and Reece James making his senior bow.

“For Mason, that second goal on his ninth appearance will have made him feel like a central part of the set-up,” Nevin added.

“A winner against the top-ranked team in the world is never to be sniffed at, but following on from him not starting against Crystal Palace in the last league game, it will certainly have given him a much-needed and timely boost.

“It doesn’t matter what the situation is, any player of a good standard, never mind international standard such as Mason, is always disappointed when he doesn’t start a game for his club.

“Similarly, Reece James didn’t start against Palace either in the 4-0 win but by the time he gets back into training at Cobham he will be an international with at least two caps to his name.

“It is hard enough getting a cap, especially for a nation like England and specifically at right-back/wing-back, the most hotly contested position in the squad. That is very impressive.

“Like Mason, it will be a huge lift for a young player who thoroughly deserves it considering the improvement he has made in a very short time.”