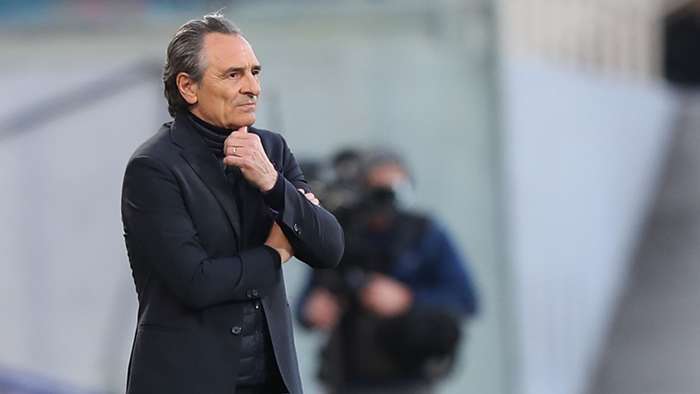 Cesar Prandelli has stepped down as Fiorentina boss in the midst of what the veteran coach described as a "period of deep distress".

Prandelli, 63, returned to the Viola for a second spell in charge in November after Giuseppe Iachini was sacked.

Sundays 3-2 defeat to Milan, though, proved his final gameas he tendered his resignation two days later.

"This is the second time I’ve left Fiorentina. The first time was not my decision, but this time it is," Prandelli wrote in an open letter to fans published on Fiorentinas website on Tuesday.

"In life, as well as the good times, there are also dark moments which can get on top of you. I have been going through a period of profound distress which is preventing me from being who I really am.

"I began this experience with joy and love, spurred on by the enthusiasm of the new owners. It’s likely that that my love for the city, and the memories of the great moments I’ve experienced here, made me blind to the early signs that something wasn’t right inside.

"My decision has been guided by the enormous responsibility I have towards the players, the club and – last but certainly not least – to the Fiorentina fans, for whom I have great respect. All players at this level have talent, and when you have talent you are perceptive – I wouldn’t want my distress to be picked up and affect the team’s performances.

"Over the past few months, a dark cloud has developed inside of me, changing the way I see things. I came here to give 100%, but I now feel that this is no longer possible and therefore I have decided to step back for the good of everyone involved."

Prandelli also hinted that the time may have come for him to retire from the game: "I’m aware that this could be the end of my career as a coach, but I have no regrets and don’t wish to have any. The world I’ve been a part of for my whole life probably isn’t right for me anymore – I no longer see myself in it.

"I’ve certainly changed, but the world is moving faster than I thought too. That’s why I believe the time has come for me to stop being swept along, stop for a while and rediscover my true self once again."

Sundays loss leaves Fiorentina in 14th place in Serie A, just seven points clear of the relegation zone with 10 games still to play of the 2020-21 season.

Early reports, meanwhile, have suggested that Iachini could return to the post he left in 2020, on an interim basis until the end of the season.

Fiorentina will be back in action after the international break on the weekend of April 3, when they visit Genoa.