'Wow! I play for Barcelona!' - Dest still coming to grips with move to Camp Nou 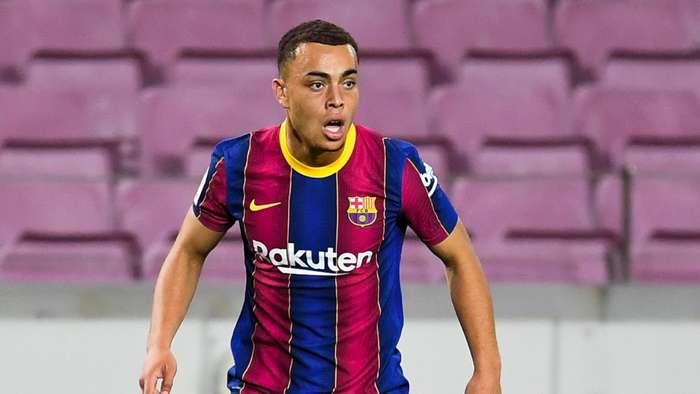 Sergino Dest admitted that he's still coming to grips with being a Barcelona player, adding that he still feels "emotional" about recently making his club debut.

He made his Barcelona debuton October 4, coming on as a 75th-minute substitute forJordi Albain a 1–1 draw againstSevilla to become the first American to feature in an official match for the Catalan club.

With that debut now out of the way, Dest admits that he hasn't been able to stop thinking about it as it hasn't quite set in that his dream move has become a reality.

“I don’t feel like pressure in a bad way. I feel pressure in a good way, so that's really good for me,” he added. “I feel like I’m the first American to be in the selection of Barcelona, so I’m really proud of that and right now I just want to make something great.

The 19-year-old defender made just 38 senior appearances for Ajax before completing the move, making the step up to a club the size of Barca a massive one for the youngster.

Dest admits that he understands the risk that comes with moving to a club like Barcelona, but he believes that playing alongside players like Lionel Messi will be good for his game in the long-term.

The USMNT star recently admitted that he struggled to communicate with Messi during his debut but he does expect to become a key part of the team sooner rather than later.

“I know a lot of people say I could use one more year to develop myself, but I feel like I like challenges," he said.

"So I feel like if I'm going to this club, then I will develop because then I see what I have to improve on the most, you know? And it’s just a big challenge for me and it keeps motivating me for developing myself all the time and playing with the best players of the world.

He added: “I dreamed of this all the time. So now I get the opportunity to play for such a big club like this, so I should take it and try, and I think I can learn a lot of things from all those players, because it’s a really good team.